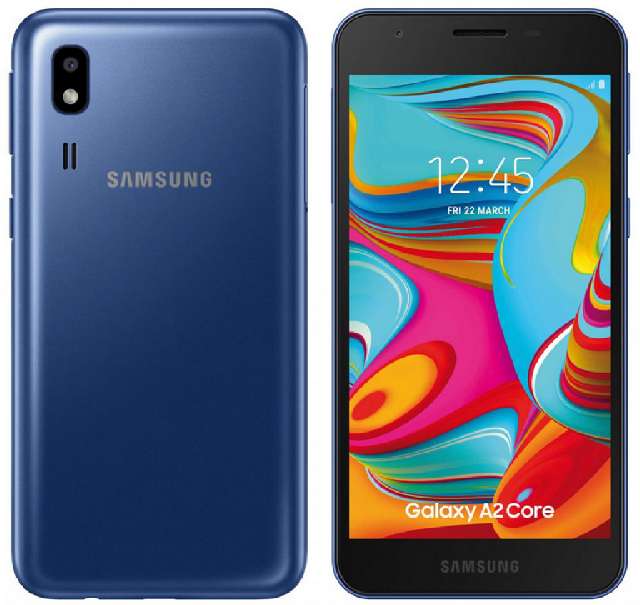 Samsung in Q3 2018 introduced its first Android Go smartphone, today, the firm has launched a new successor in India running Android 9.0 Pie. Simply called Galaxy A2 Core (SM-J260), the phone features a 5-inch display just as its predecessor, but this is powered by a more efficient Exynos 7870 processor.

Although the RAM capacity is still pegged to 1GB, the storage onboard is twice as much as – giving you more space to store your audio, videos and other files. The Galaxy A2 Core can shoot photo through its 5MP rear camera; there is also a 5MP camera at the front if taking selfie is your thing.

The usual range of connectivity including 4G VoLTE and 3.5mm audio jack are present, while it packed a 2600mAh removable Li-ion battery behind just like its predecessor.

Themed in White and Black colors, the phone is available at offline stores across India for Rs 5290 ($74).