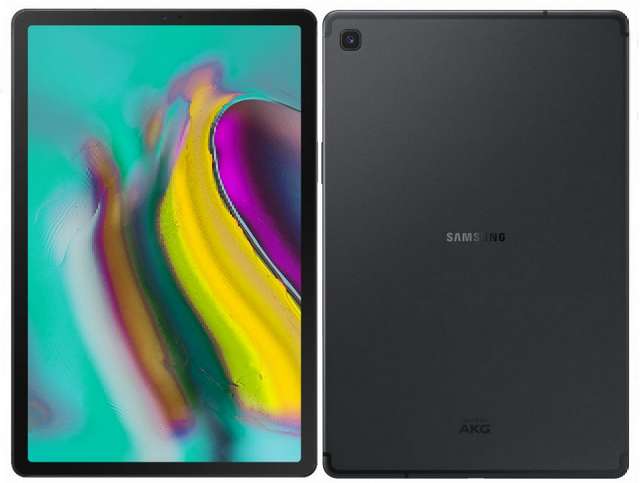 Samsung today introduced a new Android tablet for the consumer market, the Galaxy Tab S5e (SM-T725). The device features a 10.5-inch WQXGA AMOLED display with a 16:10 aspect ratio, but lacked stylus supports. It is driven by a Snapdragon 670 octa-core processor clubbed with up to 6GB of RAM.

The Galaxy Tab S5e is Samsung first tablet to boot Android 9.0 Pie out-of-the-box. It is also the company’s first tablet to support Bixby 2 virtual assistant service. It comes with up to 128GB of internal storage, this can be expanded up to 512GB via a MicroSD card.

There is a 13MP camera at the back and an 8MP camera at the front for photography. The tablet has a fingerprint sensor baked into the power button on the side for smart security. It does not support the traditional 3.5mm audio jack but Samsung is including free USB-C to 3.5mm adapter in the box.

The sleek metal body of the Galaxy Tab S5e is 5.5mm thick, making it one of the slimmest tablet to be released by the company. It supports Samsung DeX for PC-like experience, packed quad-stereo speakers enhanced by AKG and Dolby Atmos, and is powered by a 7,040mAh battery with fast charging supports.

Painted in Black, Gold, and Silver colors, the device will be available for pre-order from March 14th, but will start shipping from April 4th in select markets, including Europe and the U.S. Price starts at $399.99 (€420 in Europe) for the WiFi model, and €480 in Europe for the LTE model. A free USB-C to 3.5mm adapter is included in the box.

Four months after its official unveiling, the Galaxy Tab S5e has finally landed on India shore. Samsung customers in India will be able to purchase the tablet at online and offline stores across the region, including on Flipkart, Amazon, and at all Samsung shops, starting from June 24th. The WiFi-only model costs Rs 35,999 (US$504), while the LTE model goes for Rs 39,999 (US$560). The color choice remain Black, Gold, and Silver.