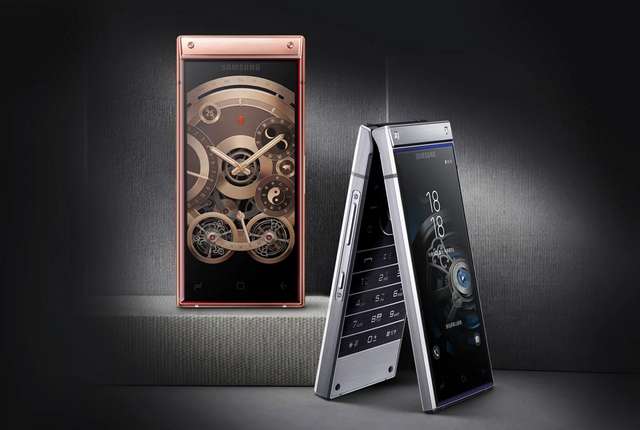 Samsung has launched its new W2019 flip smartphone in China, the successor of the W2018 that was introduced by the firm last year. It features dual 4.2-inch Super AMOLED 16:9 display, one placed at the front and the other on the inside, both touting Full-HD (1920×1080) resolution just like its predecessor. Both displays are touch sensitive, and they can be used irrespective of the apps that are running.

Under the hood, it is driven by the flagship Qualcomm Snapdragon 845 octa-core chipset running at a speed of 2.8GHz, slammed with 6GB of RAM and Adreno 630 GPU. There is a 128GB of storage inside, which can be further expanded via a MicroSD card (up to 256GB). Samsung is also offering a 256GB storage model. As could be expected, the phone runs Android 8.1 Oreo out-of-the-box with the company’s experience UI on top. Security is handled by a side-mounted fingerprint sensor, and there is a dedicated hardware button at the side for Bixby as well. 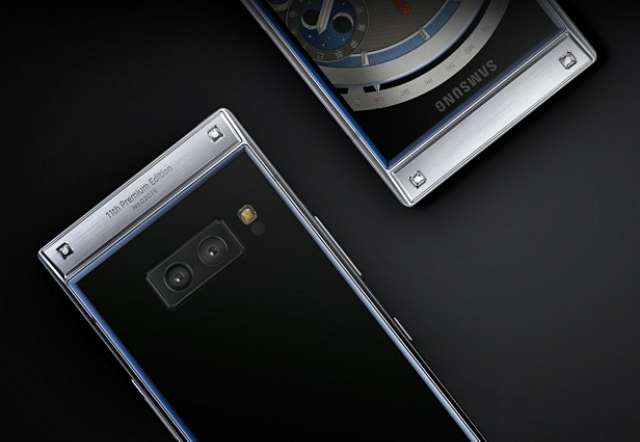 In photography, the W2019 is equipped with 12-megapixel dual rear-facing camera flaunting the same configuration as the Galaxy S9+. The primary features f/1.5-2.4 variable aperture, while the secondary has a telephoto lens for optical zoom. At the front is an 8-megapixel camera with an f/2.0 aperture. The front camera is not placed outside but inside above the display within, which means, users will need to flip up before they can take selfie.

Connectivity options provided with the device are Bluetooth 5.0, WiFi 802.11ac (dual band + 2×2 MU-MIMO), 4G VoLTE, 3G, 2G, GPS/A-GPS + GLONASS, NFC, and USB Type-C. The W2019 is powered by a 3,070mAh battery which is quite an average considering its dual display and high-end processor, it however supports wireless charging and fast charging.

Samsung has again decided to bring its latest flip phone, the W2019, to the East and not to the West just like other Android flip phones the firm released in the past. It is uncertain that the phone will make its way outside China considering the past records. No details regarding its pricing and availability yet, but you will be able to grab it in either Silver or Gold colors when it becomes available.