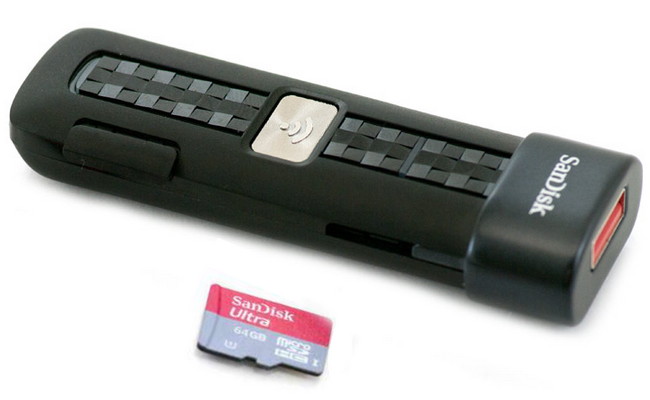 SanDisk has introduced a new portable USB Flash Drive that can be use as a Wifi media streamer called SanDisk Connect Wireless Stick. The device works normally as other USB flash drives does, but it has an additional Wifi functionality that enable users to connect with it wirelessly and access data stored without connecting it to PC.

To store files on it requires it to be first plugged into the computer via USB port, but all files stored thereafter can be access anywhere anytime via WiFi without the need of a PC. The SanDisk Connect Wireless Stick can be paired with three devices at a time i.e smartphone and tablet, and all data stored can be access in real time – thanks to its built-in battery that can last up to 5 hours in a single charge.

The device comes in 16GB, 32GB, 64GB, and 128GB storage versions, all priced within $29.99 – $99.99 USD. The built-in storage can also be expanded via a side-mounted MicroSD card slot. The SanDisk Connect Wireless Stick will first go on sale in the U.S after which it will role out globally. Its exact release date is unknown.

Google Pixel 4 and Pixel 4 XL Announced: All You Need to Know