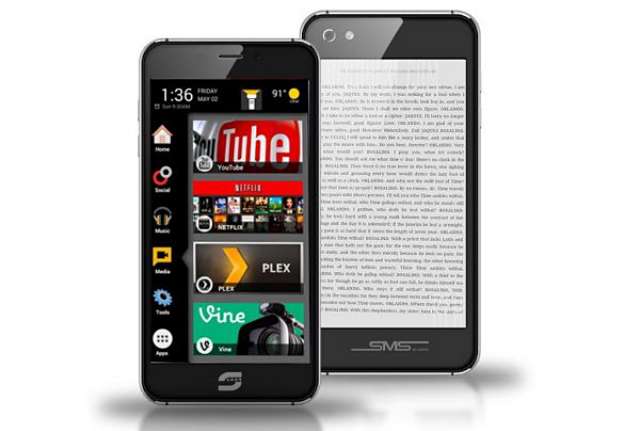 Siam, a start-up tech firm based in the U.S, has introduced a new smartphone on Kickstarter, claiming it is the first device with dual screen display to be made in the United States. The Siam 7X as called, have two different screens, a 5-inch HD (1280 x 720 pixels) IPS display at the front and a 4.7-inch E-ink display at the back, both of which can be used simultaneously and manage seperately.

This is not the first time we’ve seen such technology manifested on mobile. YotaPhone, a phone manufacturing company primarily based in China is well known when it comes to this aspect, though limited to Asia only. But Siam claim seems to be genuine as there is no record of any phone maker ever making a dual screen smartphone in the west. Apart from its two display, both of which are protected by Corning Gorilla Glass 3, the Siam 7X also sports a biometric earprint technology.

The earprint technology make use of “Descartes Biometrix Helix” system to recognize an ear and distinguish it from one another. This functionality let users unlock their smartphone by just placing the phone to their ear or even restrict or even restrict outgoing and incoming phone calls. In terms of specifications, the Siam 7X is powered by a 64-bit MediaTek MT6753 processor clocked at 1.3GHz, paired alongside with 2GB of RAM.

The device runs Android 5.1 Lollipop out-of-the-box and offers dual-SIM functionality, both of which support 4G LTE. It comes equipped with a 16-megapixel autofocus rear camera coupled with LED flash, and an 8-megapixel selfie front camera, while it relied on a 2,100mAh battery for power.

The campaign is already on. Those who pledge $470 USD gets the phone shipped to their doorstep with a free SMS Audio earbuds (heart rate monitor built-in), while $420 USD backers will get the smartphone only.