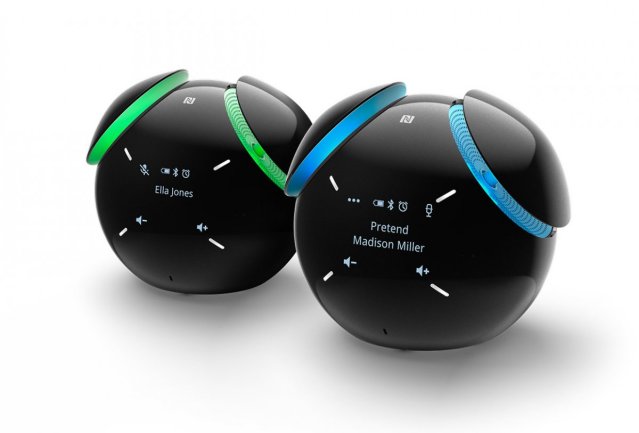 During the MWC event that was held in Barcelona earlier this month, Sony unveiled a smart wireless speaker dubbed BSP60. It is unlike other speakers you have ever seen, both in shape and design.

The BSP60 is round in shape when first hold in hand, but when open at the head it turns into a classic retro alarm clock with futuristic design. It does not only produce top notch sound quality, also but comes with an amplifier system that can be use to further enhance sound output. The device has an LCD screen and there are four capacity touch buttons below it that can be use to control the volume, change tracks, access settings, and more e.t.c.

Read Also: Amazon Echo Speaker Will Do As You Say

The screen does not only show the current system feed but can display notifications received on an user smartphone when paired via its inbuilt Bluetooth connectivity. Besides Bluetooth, it also supports NFC. This makes it easy to connect with NFC-enabled electronic devices.

The smartest thing about the Sony BSP60 is it can be operated using voice command. Saying “Ok, Speaker” when off will turn it on and makes it pop out its ears that are auto driven by built-in motors.

Volume, channels, and other settings can be control with voice as well as notifications. It can even read them out aloud if you want it to, and when the phone is misplaced it’ll help you find it. Alarm functionality and weather forecast onboard makes sure you never get late to work.

Sony Xperia XZ Officially Comes to India, Priced at US$780

Cheapest Sony Xperia Smartphones You Can Buy In Nigeria Below #40,000