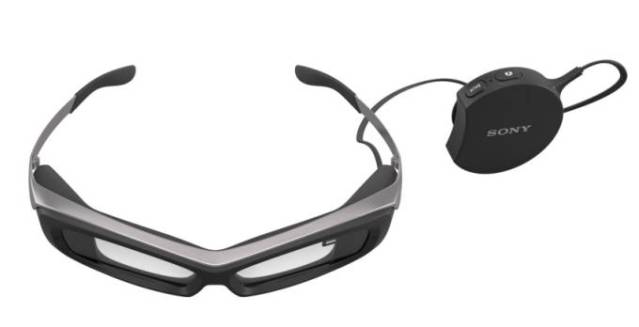 For those that may not know, SmartEyeGlass Attach differs from SmartEyeGlass, but they both belong to the same group. The Attach is a single lens module that can be hook-up with any glass wear, whereas the later is a spectacle. It display indepth field of vision in an argumented reality way, making it possible to read messages and notifications right on the lens screen.

Sony SmartEyeGlass runs Android OS and it can be connect with smartphones running Android 4.4+  via accompanied app. The app was also launched on Google Play earlier today. The smartglass comes equipped with a 3-megapixel camera.

It includes a controller that packs the battery needed to power the device, mic, speaker, and touch sensors for performing certain task. The Smartglass accompanied app also let users access notifications and even control the device from their smartphone.

Sensors for additional tracking are not left out, these include accelerometer, gyroscope, compass, and proximity. SmartEyeGlass Developers Edition will be available starting from next month at a price of $840 USD in ten countries, including the UK, US, Japan, and France.