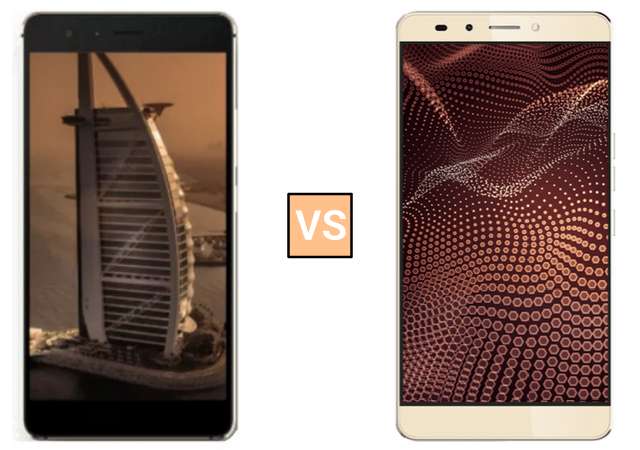 With the official arrival of the Phantom 6, Tecno latest Android phone, comes a new challenger to the mobile market. Among the device the Phantom 6 will be competing against in Nigeria is Note 3, which also happens to be Infinix latest smartphone as at now.

The Infinix Note 3 (X601) made its first appearance in late August this year and as far as we are concerned it have something decent on the inside. Looking at it from the outside, its sleek aluminium build combine with a fascinating Champagne Gold dessert gives it a premium feel. Infinix has this kind of intuition in making out good body posture for their device, this can be notice in their “Note” line-up.

So, does Infinix Note 3 stand a chance against Tecno Phantom 6? This is a big question. To find out the answer we will be comparing their key specifications while analyzing their major similarities and difference.

Note: The 5.5-inch screen size makes Phantom 6 more compact and definitely lighter. For those that despise AMOLED display because of its hue-like colors the IPS can be a better alternative, though only few really complains about AMOLED screen. When it comes reflecting Black, IPS doesn’t stand a chance. The Note 3 6-inch will provide good multimedia and visual experience in some areas such as video and gaming.

Note: Though the MT6753 can be clocked up to 1.5GHz, Infinix decided to halt it at 1.3GHz. Comparing it with Helio P10, the chipset is older and less powerful. Phantom 6 will perform better in speed, and considering its RAM capacity in multitasking.

Note: Both will offer good picture quality, but that of Phantom 6 might be better considering it has a dedicated camera to measure the depth of field. Megapixels doesn’t always matter most time, this goes for the front camera.

Note: The Note 3 bows in this aspect too.

Note: Seeing that the Infinix Note 3 missed on 4G LTE and USB Type-C makes it lose in this aspect. The Phantom 5 wins here.

Note: Payback time for the Phantom 6. This is the strongest sales point of Infinix Note 3. The low processor speed combined with its high battery capacity gives it an excellent battery life, something we can’t expect from Phantom 6.

Note: Nothing changes here besides the user interface (UI). Each have its own unique properties.

Another notable feature that the Phantom 6 boast of is eye scanner, an additional layer of protection besides fingerprint sensors that both device claimef. But to be realistic, the eye scanner will prove un-useful at night and in the dark except during the day.

So far, the Tecno Phantom 6 has got something solid under its sleeves more than Infinix Note 3. The last determinant we won’t fail to mention are their pricing. The Note 3 X601 costs #54,700 NGN when it was launched, which is quite cheap when compared with the #78,500 NGN price tag of the Phantom 6.

Hope we’ve helped make up your mind. Let’s know which one you’ll be buying.