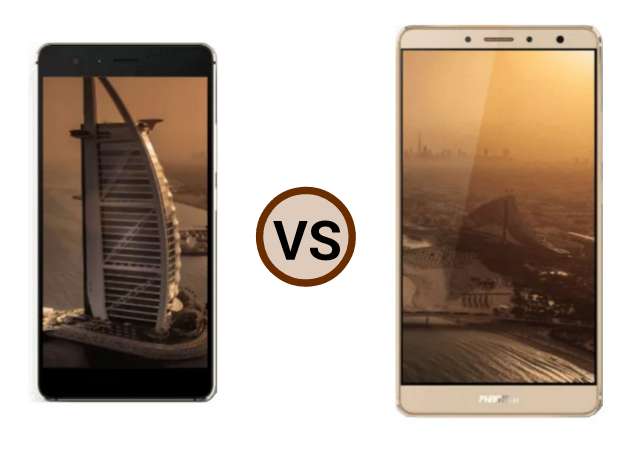 Tecno has really done a great job with its latest release by pushing the technology side of their mobile a little further. The Phantom 6 and Phantom 6 Plus brings not just an intuitive outer metal shell, but a decent innard specifications that goes well along with flagships from other manufacturers that are currently trending in the world market, yet at lesser price. These smartphones however differs in specs.

For those who might have difficulty in choosing which will better tend their needs, we will be highlighting the major differences and similarities between the Phantom 6 and Phantom 6 Plus below.

Note: The first noticeable difference between the two device are their screen size. Both possessed AMOLED display with full-HD resolution, but the 6-inch in Phantom 6 Plus increases its dimensions and weight, this might be negative or positive depending on individuals. For those who prefer something light and easily accessible with one hand, the 6 Plus might be an issue. But as we know, big screen means better gaming and multimedia experience.

Note: The Phantom 6 Plus makes a big impression in this aspect because of high-end chipset that powered it inside. The Helio P10 in Phantom 6 is great we can’t deny, but then, we can’t compare the power of octa-core with deca-core, the margin is wide. The RAM speaks for themselves in figure. To simply put, 4-1=3, that missing “1” in Phantom 6 will make Phantom 6 Plus more better in multitasking.

Note: Tecno is playing a convincing game here judging by the different camera architecture both device comes with. Dual rear camera setup is a new technology that most latest high-end smartphones are boasting of as at now and seeing Tecno heading in the same direction with Phantom 6 is amazing. In most cases, the secondary rear camera is use to sense the depth field of an object before the photo is taking, thereby leading to a clearer non-blurring shot. But then, instead of also including this feature with Phantom 6 Plus the firm has decided to up its megapixel to 23MP and enhanced the camera performance using Sony’s IMX230 sensor. The IMX230 is not the highest in its series, but it will definitively do a great job in bringing the reality out of a captured photograph. For now, besides the noticeable distance in their megapixels we can’t decide which is best until we try them out. So watch out.

Note: Though 32GB internal storage is satisfiable enough for most people, an additional 32GB won’t hurt unless the pricing speaks otherwise. With MicroSD expansion slots included, the 64GB won’t be the decision maker for us here, what about you?

Note: Normal average users won’t perceive any difference in this aspect. Though we couldn’t but notice that Phantom 6 Plus has got more under its sleeve in WiFi sector. The USB Type-C is a welcome development in Phantom 6.

Note: This is the point where most people will make their decision. In reality, Phantom 6 won’t survive long in “extreme” use due to its limited battery capacity. The operating system (Marshmallow) it runs might help in some cases, but this doesn’t change the fact that the Phantom 6 Plus totally kills it in this aspect with its huge battery.

Note: Latest operating system means more features, options, security, and battery saving. We can only hope that Tecno will release Android 7.0 Nougat update for these device.

The Phantom 6 and 6 Plus share some similar specifications apart from differences we highlight above. These are fingerprint sensors, eye scanners, and fast charging.

The Tecno Phantom 6 offers something worth spending on and its price is quite enticing, but if only the battery measure up to atleast 3000mAh it would have be our first shot. It is just 6.15mm thick, the slimmest smartphone ever released by Tecno.

The Phantom 6 Plus looks great too and ready to crush other competitive high-end market. Unlike the first, it is 7.7mm thick and its dimensions (160.35 x 83.83mm) is pretty broad when compared with Phantom 6 6.16mm thickness and 151.5 x 75.5mm width and height. One handed users might not find it easy to use.

Both are good and offers great value. We think by now you would have made up your mind. Let us know which one you’ll be buying.