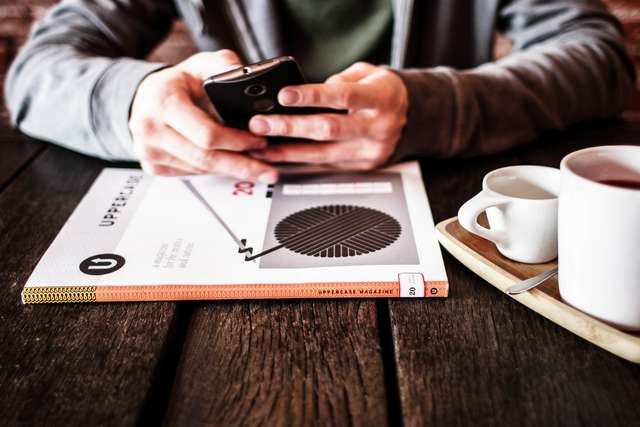 Since Nokia’s Snake launch, the mobile gaming world has changed drastically. First released on the  Nokia 6110 model, no one could possibly foreseen how much mobile games would be consumed in the future. Initially considered just a casual activity or a sidekick to consoles and PC, mobile games gained traction with the launch of flagship mobiles capable of offering a full game experience on the go.

The Evolution of Smartphones

Although hard to think about it, mobile devices as we know have been around us for about 20 years only. Invented as early as the 1940’s, the very first devices were more related to portable two-way radios than to the current devices we own. They were mostly used by taxis, police and emergency agencies. The first real handheld mobile was launched for the general public in 1973 and is referred to as the 0G (or Zero Generation), while most current phones operate on 3G, 4G and soon 5G.

IBM launched the first “smartphone” in 1994, but it was Apple who truly affected the mobile market with its first iPhones in 2007. The company didn’t invent the technology, but they turned it to be more appealing and commercially available to a general audience.

After Apple, the world embraced a new type of mobile device use: entertainment. With high-powered cameras, better battery life, thousands of apps, and AI technology the primary function of a phone were rapidly swiped by tons of other purposes. And people started to notice  they couldn’t go a day without their phone.

The gaming industry got a new platform to flourish, and developers found a fertile land to prosper. With the constant evolution of hardware and software, smartphone manufacturers started to deliver better devices, which enabled publishers to launch better graphics and performance capabilities to compete with the already established consoles and pc platforms. Samsung S9 Plus even features a built-in dedicated game tools app, which aids taking screenshots and recording, perfect for the most avid streamers.

The Rise of a New Titan

With the advance of affordable phones, it has been more accessible than ever to acquire new portable devices. It is considered that  62% of mobile owners  will install a game within a week of purchasing a new phone. The amount of time spent playing gaming apps also has a significant presence, it is considered  that 43% of the total time spent on smartphones is related to playing gaming apps.

In 2011, mobile gaming could be considered a humble player with revenue estimated at 8.6 billion USD. Newzoo predicted that in 2018 the estimated mobile gaming revenue would reach 63.2 billion USD, accounting for  47% of global revenue, long ahead of consoles (25%) and PC (24%).

According to Statista, the revenue of mobile games in 2019 already amounts to 53.666 million globally, being most of its revenue generated in China. By 2021, the forecast for mobile games reach 59% of the total income of the global gaming market.

But why do people love mobile games so much?

No need to pay in advance to start playing. You can enjoy and take a few moments out of a busy day with a relaxing game. But don’t get mistaken, developers are still getting their profit. The so-called microtransactions grant that users “pay to win” if they are really hooked on the game. Investing real money can unlock heroes, outfits, weapons and other in-game prizes. The most popular free games such as Clash of Clans, Fortnite, and Candy crush all use the same strategy.

You might be riding the bus home from work or waiting for your turn in a doctor’s appointment. Just grab your phone and dive into some action, adventure or puzzle game. Some games even take this liberty of location as an advantage. Pokémon go made millions of players to go out and try to catch the most loved fantasy animals. With its GPS and real-time locations, it was an augmented virtual reality adventure.

Games fundamentally meet our needs, providing engaging and instant rewards that real life mostly can’t. These rewards can be used to establish status, attract attention, and motivate players to keep playing. While the compensations are mainly game related, it can give users a feeling of achievement in real life. Players can review and show off their own virtual collections of rewards and unlocked badges.

You can choose puzzles, action, strategy, casino, race or building simulation. Anything you want is available through a quick download and install. Puzzle games have a higher penetration rate among smartphone users with 57.29%, followed by Arcade (55.60%) and Action (34.75%).

5. Fun Can Go Beyond the Small Screen

Players don’t need to stay always on the small mobile screen. It is possible to cast your favorite mobile games to a smartTV or mirror on a  high-resolution display . As your mobile device will act as a “console”, you should keep in mind that casting will put some extra pressure on the hardware’s performance and you will also need a strong WI-FI connection. But in overall, it works, and it can provide some extra fun.

VR headsets can also improve the experience, although so far not all launched games deliver what is promised. But as this is still an ongoing technology, we are sure improvements will be made and upcoming games will tend to focus on this exciting platform.

The fifth generation of wireless networking is also coming to spice things up. The 5G’s technological advancements promise to the gaming industry an exponential increase of download speed and lower latency, besides providing servers the ability to handle even more simultaneous connections – unleashing even bigger multiplayer experiences.