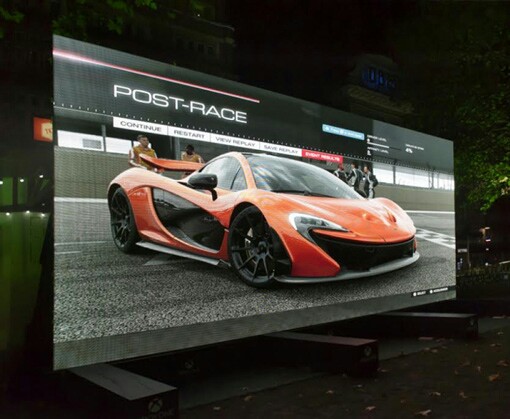 You are looking at the World largest TV. A company known as Titan has announced Zeus TV, the world’s largest TV with a heavy price tag of £1 million. It measures four times the size of the current biggest.

The Zeus TV is the size of a football goal, measuring 370-inches, which is the equivalent of 8 metres by 5 metres. it offers 65 million colours.
As you would expect, the TV isn’t light, hitting the scales at almost a tonne, but it displays in full 4K quality, even though this would rely on upscaling for UK viewing of the World Cup.

The display has been made for indoor use, but it is said to be engineered for outdoor use too, even in bright sunlight. The Titan Zeus TV will be released just before the World Cup. If you are a soccer fan with lots of gold to spend out in this upcoming FiFa World Cup, you can pre-order yours now.

The company has already pre-sold two of the £1 million screens, but if your budget can’t stretch to that price tag Titan also offers 100-inch “mid-range” screens for £150,000.
On the plus side, the £1 million cost includes installation and delivery in a custom built Hummer so you won’t have to worry about having a big enough car to fit it in.