Although she is best known as an actress, Tonto Dikeh doubles up as a humanitarian and is poised to make an impact with her The Tonto Dikeh Foundation. 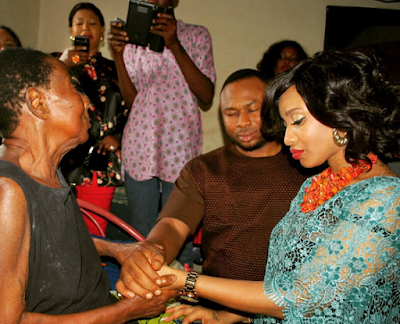 Tonto Dikeh was born on June 9, 1985, into an Ikwerre family in Obio-Akpor, Rivers state. She is believed to be the third of five children. Unfortunately, the Obio-Akpor native lost her mother at a very tender age and is said to have been brought up by a step-mother as a result. 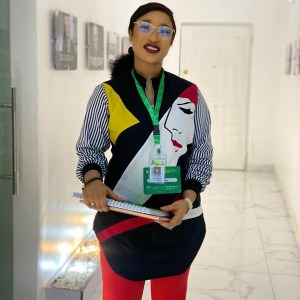 Tonto Dikeh is a graduate of Rivers State University of Science and Technology and is said to have studied Petrochemical Engineering.

Tonto Dikeh was married to Oladunni Churchill between 2015 and 2017. The couple had a traditional marriage in August, 2015. Prior to her separation from Churchill (in 2017), Tonto Dikeh gave birth to a male child named Andre Omodayo Churchill.

Born in 2016, Andre Omodayo was nicknamed “Baby X” by his mother (Tonto Dikeh).

Tonto Dikeh has been widely regarded not only as a prominent actress but also a humanitarian. Her admiration for humanitarianism is said to have prompted the establishment of The Tonto Dikeh Foundation –a humanitarian foundation set up on August 27, 2000.

The vision behind establishing the said foundation is to improve the welfare of Africa’s less-privileged and displaced children, youth, women and girl children. The foundation, therefore, aims to better the lives of less-privileged people without any regard for their cultural, religious or political backgrounds.

Through The Tonto Dikeh Foundation, the prominent actress seeks to host symposiums and other sensitization programmes intended to civilize Africans. While the foundation is committed towards hosting such programmes regularly, it also hopes to draw the sanity of Africans to critical issues on child right, climate change, rape, gender, empowerment and women in general.

Tonto Dikeh is best known as an actress and she has starred in a whole lot of Nollywood movies. But it’s quite fascinating that the screen goddess has spread her tentacles beyond movie acting and so, it isn’t surprising that she has a number of songs to her name.

However, Tonto Dikeh’s music career, which reportedly began with the release of “Hi” and “Itz Ova”, doesn’t seem to have recorded impressive success compared to the actress’ acting career.

Having shot into the Nigerian music industry, Tonto Dikeh caught the attention of D’banj and in 2014, she was signed to DB Records, the record label of the star musician. In March 2015, Tonto Dikeh announced that she had cut ties with DB Records and is, therefore, no longer an artiste under the record label.

In 2016, the popular actress reached an endorsement deal (worth millions of naira) with NUMATVILLE –an Abuja-based property firm.

Tonto Dikeh’s net worth is estimated at $1.5 million.

We hope this article has provided all the information you were looking for concerning Tonto Dikeh’s biography.

How To Delete Your DM History On Discord