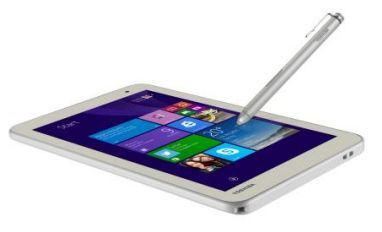 The Toshiba Encore 2 Write is the successor of Encore 2that was launched in May. It features almost identical specifications.

A TruPen Stylus is included in the box and it is available in 8-inch and 10-inch touchscreen version with resolution of 1,280×800 pixels. It is powered by an Intel Atom processor (unknown version), slammed with 2GB of RAM.

The Encore 2 Write packed a 64GB of built-in storage, which is expandable up to 128GB via MicroSD card. It runs Windows 8.1 out-of-the-box.