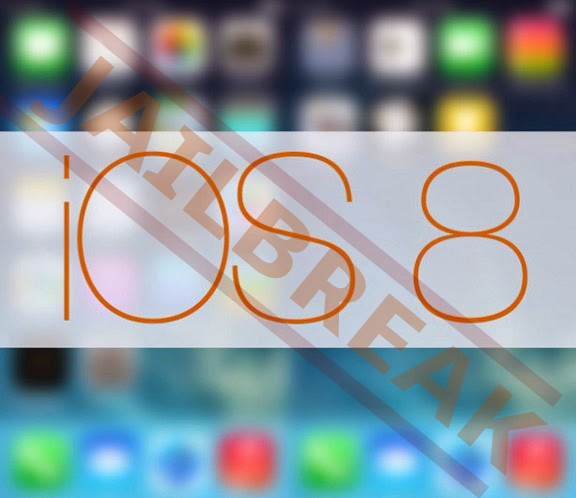 Freedom is a word that cannot be underestimated, it has everything to do with everyday life. That is life in general ofcourse and when we’re talking about freedom we are talking about the ability to do our own things in our own way. Fun is when you root your Android smartphone; freedom is when you are able to do anything you want without restriction, though risk is always involved.

Now, lets leave Android behind and move on to its “intimate” rival Apple. We are not really Apple fans (really?) but we can’t deny we mistakenly ate some Apples this morning. The iPhone 6 has been a huge step for the firm and it is such a nice piece of tech. But wait, we are talking about freedom here, Android does have its own which is called “ROOT”, but incase you don’t know Apple does have its own too which is called “JAILBREAK”.

iOS 8.2 beta 1 and 2 are currently the latest updates for all Apple device as of now, though not yet public but still in beta. The Jailbreaking procedures we will be talking about below works for devices running iOS 8.2 beta 1 and 2 which includes iPhone 6 and iPhone 6 Plus, all iPhone 5 series, iPhone 4S, iPod Touch 5, iPad Air 1 and 2, iPad Mini 1, iPad Mini 2, iPad Mini 3, iPad 2, iPad 3, and iPad 4. For those that are still on iOS 8.1.2 we will share how you can can jailbreak yours as well. However, iOS 8.1.3 doesn’t exist on Jailbraking list but you can upgrade to the newly released iOS 8.2 betas to get the chance.

Disclaimer: This tutorial is intended for experienced users only, we will not be held responsible for any loss or damages.

Firstly, make sure you backup your device via iCloud or iTunes before proceeding.

The tool we are going to use is called TaiG, the latest version only support Windows as of now, iMac version is still at work, so you will need to use Windows PC.

Important Notice: The jailbreaking method above (1st) is strictly meant for device running iOS 8.2 beta 1 and 2 and won’t work for other versions including iOS 8.2 public release which we expect to kick off very soon. However, we will keep you updated as it goes on. Enjoy.

Update: Apple has officially announced iOS 8.3 beta 2 for developers with build number 12F5037c and the firm new Swift programming language which further added more language support for Siri. If all is well as it ought to be, Apple will be throwing out public beta for iOS 8.3 in March, iOS 9 is also expected.

So, for now no Jailbreak for those that may have grab Apple new release but the ties will surely turns when public version debut.

Sensors and Their Functions: How to know Sensors Functioning on your Phone

How To Reduce Your Android Data Usage

The Simplest And Easiest Way To Root All Tecno, Infinix Android Phones

How to Download Whatsapp Video/Photo Status Updates on Android Phone