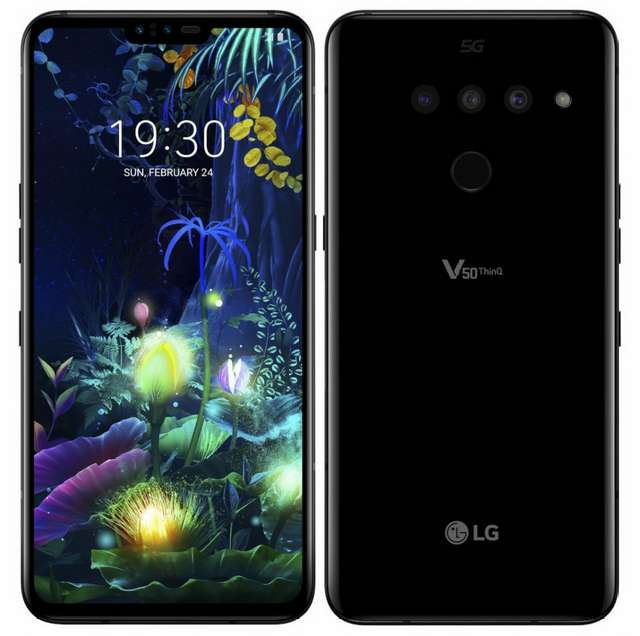 Alongside with the G8 ThinQ, LG also launched the V50 ThinQ 5G, its latest flagship device in the “V” series and the company’s first 5G-enabled smartphone at the MWC 2019. The phone is powered by a Snapdragon 855 chipset, coupled with Qualcomm’s Snapdragon X50 5G modem.

It features an HDR10 certified 6.4-inch QHD+ OLED display and comes with 6GB of RAM and 128GB of internal storage, with a MicroSD slot provided to expand it up to 2TB. Sitting at the back is 16MP+12MP+12MP triple rear camera, while it housed 8MP+5MP dual camera at the front. The V50 ThinQ 5G has facial recognition baked into its front camera for face unlock in addition to a fingerprint sensor it housed at the back.

The usual Dolby Atmos, 32-bit HiFi Quad DAC, DTS:X 3D Surround Sound, and Boombox stereo speakers are onboard for immersive listening pleasure, and so is the MIL-STD 810G military certification for its durability. It is also IP68 water and dust resistant.

LG said it has partnered with ten mobile network carriers in the United States, Australia, South Korea and some European countries that aimed to deliver 5G this year, but it does not revealed the pricing and availability of the device.

LG at the MWC in late February unveiled its flagship V50 ThinQ smartphone without revealing its pricing and availability. Today, the company has come forward with the missing details regarding the device. The V50 ThinQ is heading first to Korea, where it will be sold for KRW 1,199,000 (US$1,055), starting from April 19th.

The Dual-Screen accessory will be included in the box for free for those who purchase till May, after which it will be sold for KRW 2,19,000 (US$192). The 6.2-inch Full HD+ (2160×1080) OLED Dual-Screen accessory is an add-on that further expand the multitasking ability of the phone. It connects through the POGO pin and uses the phone’s power supply to function.