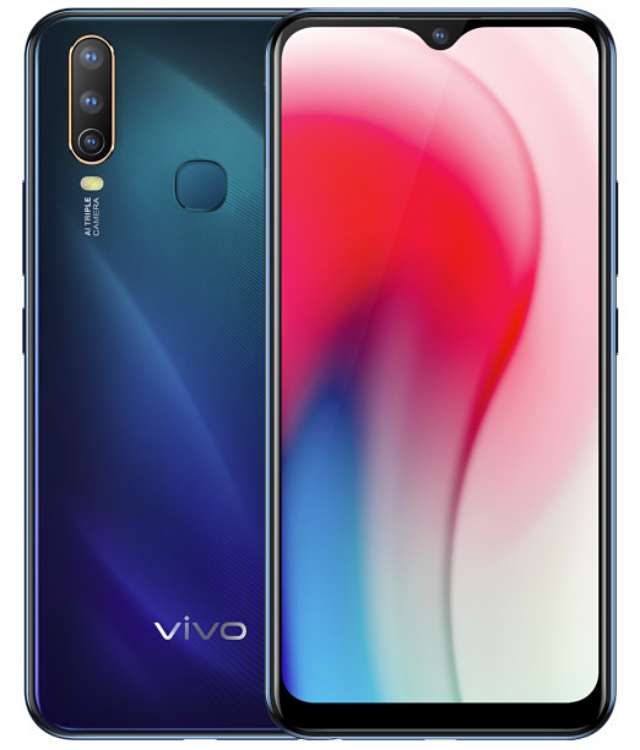 The Vivo U10 on Tuesday launched in India with it Waterdrop TFT display, Snapdragon 665 11nm octa-core chipset, and triple rear-facing camera. The phone will be sold at the aforementioned region from September 29th on Amazon India and Vivo online retail store.

The U10 comes with a 6.35-inch HD+ (1544×720) 2.5D curved glass display that has a 19.3:9 aspect ratio. Above the display is an 8MP front camera that resides inside the waterdrop notch placed at the center of the screen. Apart from taking selfie and recording video, the front camera also have face unlock security baked inside for smart security in addition to the fingerprint sensor located at the back.

At the rear of the phone also sitted three cameras for photography and videography; the primary has a 13MP sensor with an f/2.2 aperture, the secondary is an 8MP ultra-wide angle lens with an f/2.2 aperture, while the tertiary 2MP f/2.2 camera is made to capture the depth of field for portraits shot. The rear camera supports auto focus and are accompanied by a LED flash.

The softwares relied on Funtouch OS 9 based on Android 9.0 Pie. Speaking of the hardware, as mentioned earlier, the Vivo U10 is powered by an octa-core Qualcomm Snapdragon 665 chipset clocked at 2.0GHz, clubbed with 3GB RAM, 32GB storage, and Adreno 610 GPU. The firm is also offering a 4GB RAM model with 64GB storage. The storage can be expanded via MicroSD card up to 256GB.

The U10 is offered in Thunder Black and Electric Blue colors only.