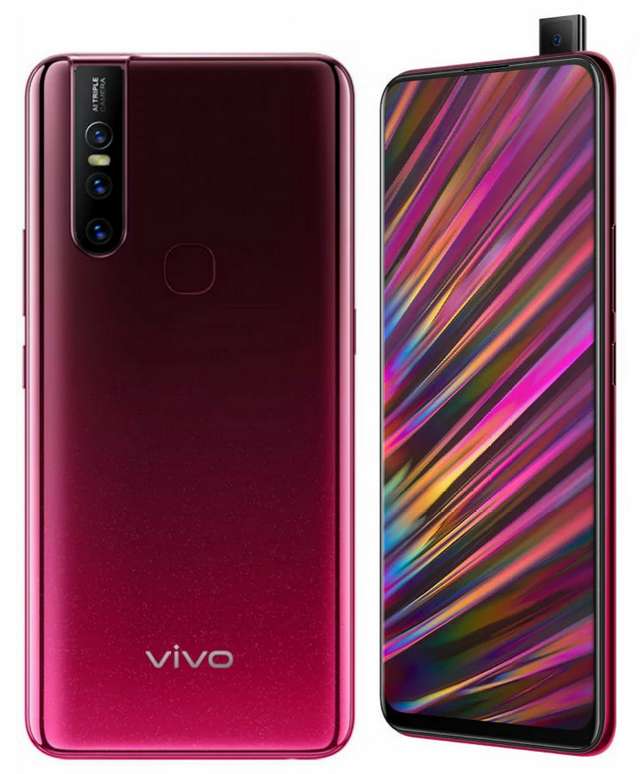 The V15 Pro was clouded by the Mi 9 and Galaxy S10, both of which were launched the same day that Vivo took the veil off its mid-flagship. On a cloudless Monday morning, which happened to be today, the firm has unwrapped the non-Pro model of the smartphone that inherits the same body design, including the pop up selfie camera.

Simply called V15, the phone features a slightly larger 6.53-inch display, but this uses a Full HD+ LCD panel instead of AMOLED panel seen on the Pro model. The processor has also been switched from Snapdragon 675 to Helio P70, coupled with 6GB of RAM and 128GB of inbuilt storage. The storage is expandable up to 256GB via MicroSD card.

While the V15 Pro boasts of a 48MP main camera among its triple rear camera, the Vivo V15 settled for a 12MP main camera while retaining the Super Wide Angle and depth-sensing cameras configuration. It retained the 32MP pop up selfie camera as well. It, however, sports a rear-mounted fingerprint sensor and not an in-display fingerprint sensor.

The device runs FunTouch OS 9 based on Android 9.0 Pie, has dual SIM slot with Dual 4G VoLTE supports, and is powered by a larger 4000mAh battery (the V15 Pro packed a 3700mAh battery).

The phone is sold for THB 10,999 ($345 USD) in Thailand – although the official pricing is yet to be revealed by Vivo. It is listed on the company Malaysia website and will launch in India later this month.

Vivo today has officially brings the V15 to India after it was launched in Malaysia and the Philippines earlier this month. The phone will be available for purchase from April 1st at select online and offline stores across India, including Flipkart, Amazon, and the official Vivo India eStore, for Rs 23,990 ($336 USD). It can be pre-order on the aforementioned stores from March 25th.