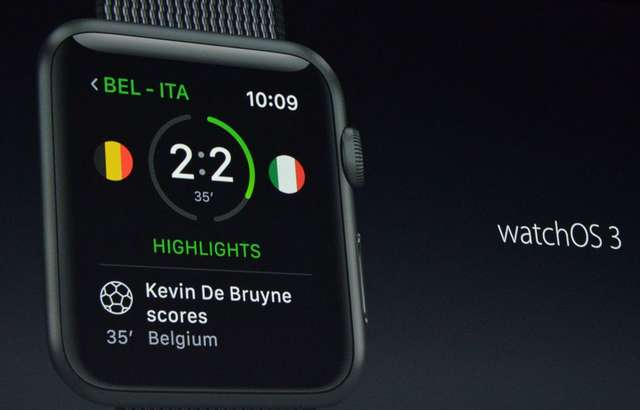 Apple at the ongoing WWDC 2016 event in San Francisco has announced “WatchOS 3”, the latest software upgrade for its Apple Watch with improved performance and major UI modification for better user experience. Tons of new features have been added, most of which Apple fans out there can’t simply resist.

First up is Dock, which can be easily access on the homescreen by swiping up across the screen. As the name suggest, the Dock provides quick access to favorite apps, and users can also add or pin their most used apps on the dock dashboard for immediate launch. Following up is Control Center that consists of quick toggles for connectivity options such as Bluetooth and WiFi, as well as accessibility feature such as Night Shift.

The WatchOS 3 is all about cutting off long navigation and letting users instantly access their desire destination without scrolling long miles. The watch face can now be switch by just swiping across the display, and users can instantly share their activities with friends and even access the level of activities of their friends and families. What’s more? Handwriting recognition is now made possible with a new feature called Scribble, that can detect when a user scribble on the screen and translate it into words.

That’s not all. “Smart Replies” let Apple Watch users directly reply a new message within the message notification window. And to top it all, newly introduced SOS feature is now embedded on the side button. An emergency number is trigger and call when the button is press and hold, which is quite useful during emergency situation. Apple has also added a new watch face to its collections named Minnie Mouse.