Ayodeji Ibrahim Balogun popularly knows and called by his stage name Wizkid is a Nigerian singer and songwriter.  In this Wizkid Biography, you will get to know everything about him from his net worth, music career, etc.

The popular Nigeria singer Wizkid whose real name is Ayodeji Ibrahim Balogun was born into a polygamous family where he has twelve female siblings making the family an extended family.

Wizkid was given birth on the 16th of July 1990 which makes him 30 years old at the time of writing this article.

Wizkid’s father according to Wiskid was married to three wives and his father was a Muslim while his mother was a Christian.

However, Wizkid was a Christian as he always follows his mother to a Pentecostal church where he also joined the choir at the age of 11.

While in the church choir Ayodeji Ibrahim Balogun form a singing group with some of his church friends which they named the group ‘Glorious Five‘.

Wizkid however, was not Ayodeji Ibrahim Balogun’s first stage name has he was already known by the stage name Lil Prinz which he later changes to Wizkid after some years.

When he was bearing the name Lil Prinz, he has already released 7 tracks and attended several occasions/events. 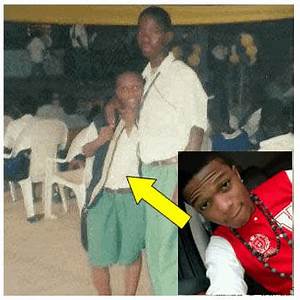 Ayodeji Ibrahim Balogun known as Wizkid attended Ijebu Ode Grammar School, it has not been recorded if he furthered his education to the university level or not.

Wizkid came into fame in 2009 when he signed a record deal with the Empire Mates Entertainment (E.M.E) which was headed by Banky W. After signing the recorded deal, he collaborated with one of Nigeria’s greatest rappers MI in the single Fast Money.

He was also recognized and become very popular after releasing the song Hola At Your Boy.

Wizkid who has become one of Nigeria’s greatest music artists has been nominated for several awards and has also emerged winner of many.

Over the years, Wizkid has signed an endorsement deal with many companies such as the

At the time of writing this article, Wizkid net worth is around $4 million

We have come to the end of this article on Wizkid Biography, if you love our blog, kindly subscribe to it or bookmark it.