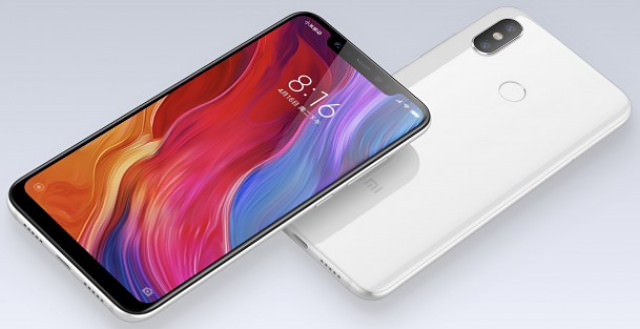 The Mi 8 has officially made it out in China as expected today. This latest flagship from Xiaomi brings lots of goodies and a notable upgrade when compared to previous series—a fancy body design language, beautiful display, powerful processor, professional-grade cameras, and top-notch security measures. All in all, it doesn’t disappoint in what it has offer to compete with others on a global scale.

The phone display is a pure AMOLED made by Samsung, fitted into a 6.21-inch screen. The resolution is set to 2248×1080 pixel while the aspect ratio is 18.7:9. The cut out in aspect ratio is replaced by a notch (can be hidden in settings) which harbors the front camera and a dedicated IR camera alongside with the usual proximity and ambient light sensor. The front camera uses a 20MP sensor and it is specifically meant for taking selfie with various AI enhancements (AI Beautify, AI Portrait e.t.c) puts in place, but when it comes to face unlock the IR camera handles that.

Xiaomi claimed the IR camera works pretty well in the dark so users won’t have problem unlocking their phones at night. Literally, the Mi 8 can be said to have two front camera. Apart from face unlock, a fingerprint sensor is also put in place as an additional security measure. The fingerprint sensor is located at the back. 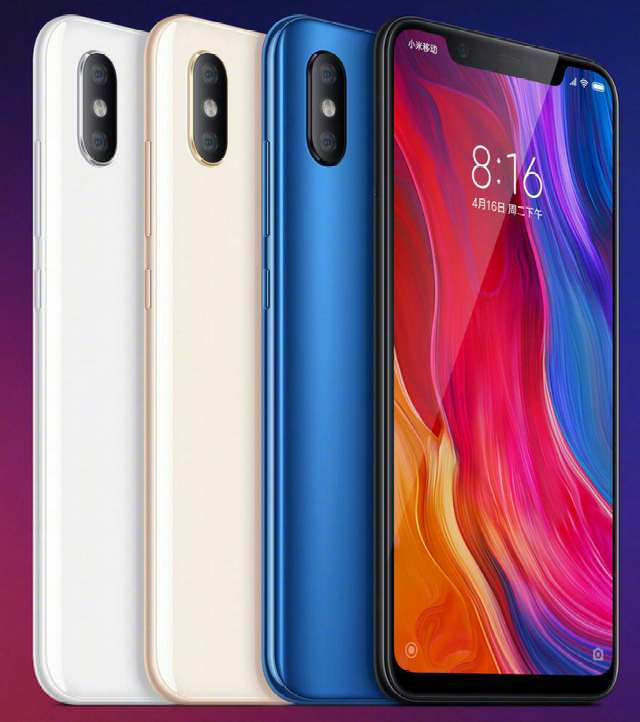 The phone beauty is made manifest by its curved glass front and back, lined around the edges by a 7 series aluminium frame, which doesn’t seem to affect its slim 7.6mm body profile. Dual camera setup exist on the back— vertically aligned is 12MP+12MP dual camera, the first having a Sony IMX363 sensor with an f/1.8 aperture and a 1.4µm pixel size, while the secondary 12MP telephoto camera has a Samsung S5K3M3 sensor with an f/2.4 aperture. Xiaomi claimed a DxO mark score of 105 for photo and an overall DxO mark score of 99.

The Mi 8 runs Android 8.1 Oreo with MIUI 9 on top, packed an octa-core Snapdragon 845 processor, supports dual GPS frequency, and is powered by a 3400mAh battery with Quick Charge 4+.

At the launch event, Xiaomi also introduced an upgraded model of its latest phone dubbed Mi 8 Explorer. It has nearly the same specs as Mi 8 but comes with a pressure-sensitive display and an in-display fingerprint sensor. Also, it utilize 3D facial recognition technology that can scan 33,000 facial points, letting users unlock their phone in  lightning speed and to create animated emojis based on facial expression. The Mi 8 Explorer comes with a transparent glass back and will only be available in 8GB RAM/256GB storage version.

It is worth mentioning that the Mi 8 lacks a 3.5mm audio jack and wireless charging.