Are you looking for some of the Best PPSSPP Games for Android and their download link so you can download them and start enjoying yourself by playing the games which have beautiful graphics and gameplay?

Then you have come to the right place because, in this article, we have listed out some of the top PPSSPP Games and also provided a link to help you download them easily to your mobile device.

However, for those who do not know what a PPSSPP Games is, let me, first of all, explain what it is before i go into listing out the top ones you can download and start playing.

PPSSPP Game, What is it?

As a result, a PPSSPP game or PSP game is any game that can be played on a PSP emulator.

After downloading the PSP Emulator, you can watch the video below to know how to set it up correctly.

If you want to play PPSSPP games, you’ll need a high-end smartphone with a high specification (at least 1 GB of RAM and a 1.2GHz processor); otherwise, the games won’t work.

Those with low-spec Android devices can still play PPSSPP games, but they must have at least 512MB of RAM to do so.

Because it contains current players, stylish visuals, and great live commentary, this is a fantastic PES game and one of the best club games to play.

It also includes the most recent club and team transactions, as well as information on the UEFA Champions League Tournament, new stadiums, and all FIFA 2018 World Cup squads. 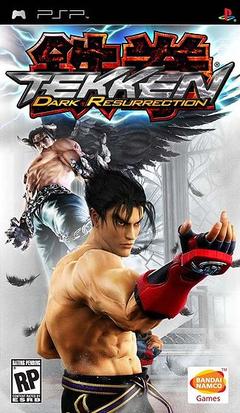 One of the most explosive fighting PPSSPP games is Tekken – Dark Resurrection. New characters Lili and Dragunov join existing casts such as Heihachi, Jin, Paul, and Law in the fight to be named King of the Iron Fist Tournament.

This is one of the most well-known franchises to have been created on the PSP emulator. It has excellent graphics and allows you to move freely across the city as a player. The game has a multi-player option and is a mission game.

The Mortal Kombat game has been around for a long time, but this game adds new features such as dynamic fighting styles and actors. Each actor has a unique tale, endurance mode, fatality, and other features.

This is one of the best PPSSPP games, particularly for lovers of wrestling. The graphics are stunning, and you can select between being a diva or a manly rockstar.

Assassin’s Creed –Bloodlines is a game for gamers who have already been fascinated by the whole Assassin’s Creed experience. This game is suitable for those with low-end smartphones, as it works nicely on such devices.

The game X-Men Origins Wolverine is based on the Wolverine film. It’s an action-packed game with a variety of fighting moves that the user will become addicted to as he or she plays it on their smartphone.

God of War – Ghost of Sparta

God of War – Ghost of Sparta is a highly rated PSP game with an incredible plot. Although the tale differs from the one described above, Kratos remains the central character in the game’s plot.

God of War – Chains of Olympus

With 5 million downloads per year, God of War – Chains of Olympus is one of the most famous PPSSPP games today. This game is based on Greek mythology, and you will assume the role of Kratos and begin playing through the tales that appear on your screen.

Are you a fan of the Ghost rider movie? then try playing the game as it has the same storyline and fantastic graphics.

You can watch this video to get an idea of how to install PPSSPP games on your mobile device.

If you want to see more of such a post, then consider subscribing to this blog or kindly bookmark it.

The 5 Top MOBA Alternatives To Dota 2

Best 1XBet Hacks 2022: Secrets On How To Win Games Everyday