Premier Information and Tech How Tos Online
Home Google Google I/O 2015: What Was It All About? Read Full Summary 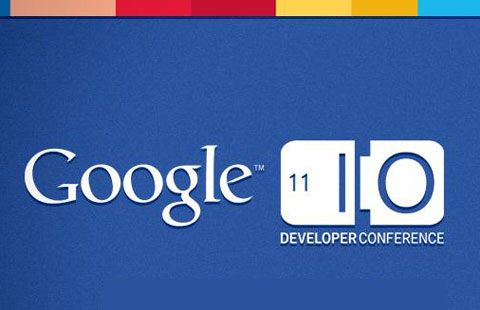 Google has just started its annual Google I/O developer conference with the main keynote that provide us a closer look at what the company has been up to in recent months as well as what it has planned. The company announced most of things long expected, from HBO Now for Android, to a new photo app called Google Photos. Thus, in order to help you catch up and process everything, we’ve rounded up all the major announcements from the company’s main keynote.

Three months after launching solely for Apple TV and iOS devices, HBO Now is finally ready to make its way to Google Play. Google’s Sundar Pichai has confirmed HBO plans to release a version of the HBO Now app for Android. The service costs $14.99 a month and provides access to HBO’s entire TV and film catalogue. It’ll likely be limited to the U.S though, because Sky already has an exclusive agreement with HBO in the UK.

Google gave us a sneak peak of what to expect from Android M, the next version of the Google operating system. It appeared to be about improving the core user experience in Android as six main areas were highlighted. There’s no official word on the launch date for the consumer release of Android M, but there will be a developer version available for the Nexus 5, 6 and 9. Also, Google said Android Pay would launch with Android M later in the year.

Android M, as it is called at present, will likely be called Android Milkshake when it launch. An Android Wear watch worn by Google’s vice president of engineering clearly showed a picture of a milkshake on stage.

Google also took time to discuss its mobile payment system, Android Pay, which is coming this summer. It will work at over 700,000 US retailer locations, and Google has partnered with several banks to make payments easier. But Android Pay goes beyond shop payments using a smartphone in the real world. It can apply vouchers, deals, or loyalty cards automatically. In-app payment will be easier too, and fingerprint scanning has been standardised.

Google has announced its Project Brillo program, an underlying ecosystem that will potentially make the Internet of Things possible. Brillo will utilise an Android infrastructure to enable a “true universal standard” for smart devices. It is in its early days at present, with a developer preview of the operating system not due until the third quarter of this year, but the company is positive that it will become the de facto standard for manufacturers to adopt.

“Google Now” is all about context, but an upcoming “Now on Tap” feature in Android M will make it smarter than ever. It will knows what you’re doing on your smart device so you can get more information by simply asking or tapping. Here’s an example of how it works: Listening to a Skrillex song? Ask for his real name. Google will know who you’re referring to, can show you the search result in a card over the app you’re using, and then brings you back to the music.

Google also introduced an entirely new product: a photos app. Yup, it’s the long-awaited Google Photos app that you’ve been hearing so much about in recent weeks. It’s free and out now for iOS devices, Android devices, and the web. It can store unlimited, high-quality photos and videos for free (will maintain the original resolution of photos up to 16 megapixels as well as videos in 1080p) and uses machine learning to auto-oragnise all your media. You can be the first to try it out. Download Google Photos on Google Play.

Google has announced a new version of its cheap and cheerful virtual reality viewer, Google Cardboard, that not only fits screen sizes up to 6-inches, but will also work with iOS. It is similar to last year’s model in look. It is still made of cardboard, as the name suggests, and requires manual folding after purchase, but it now only takes three folds to construct and it comes with a better magnet button. It’s not clear when this version will release yet.

Google has teamed up with GoPro. The result is Jump. It’s a camera rig with 16 GoPro Hero4 camera. It captures 3D video and images for an immersive VR experience. From the summer YouTube will support Jump for VR. To watch Jump videos, which are basically stereoscopic virtual reality video, all you need is YouTube on your smartphone along with Google Cardboard. The Jump kit will also be made available to developers later this year.