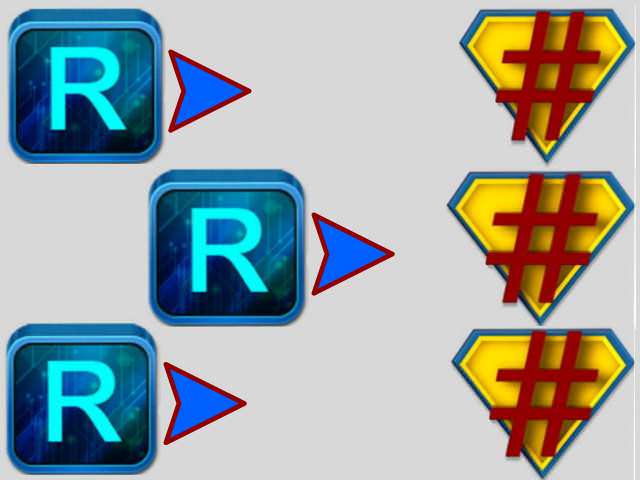 Android smartphones released nowadays put a frown face to root, especially those that run Google latest Android operating system version out-of-the-box. Developers are trying hard to make things easier and one of them that has made a mark is Kingroot team, a chinese body that suddenly became famous due to its one-click root solution that work for almost 80% of smartphones that run Android 4.4 KitKat OS.

Root apps that have existed since the very existence of Android, such as Gingerbreak, Z4Root e.t.c all faded away in their 90s, the one that came at a time of great need during the Android 4.1/4.2 Jelly Bean era called “Framaroot” lost its ground. Kingroot still remains the best for now, and they are working tirelessly not to lose their fame amidst Lollipop tides.

While all root applications that exist before now make use of chainfire Superuser client in giving application root permission, Kingroot created its own seperate app in giving root permission which it called kinguser. Questions have been raised against kinguser as most developers believed it is not 100% clean. People believed this app secretly steal users personal information. Also, Kingroot app that do the rooting job uses cloud-base processing in cracking Android System core, this process is invisible and cannot be traced. In one word, it is closed source and only kingroot team knows about it.

With all these secrecy, most people chose never to use Kingroot app even if it can root their device because they fear their personal data may be tampered with. Of course, cyber-break and different means of stealth have been on the rise recently and Android is officially marked as un-protected operating system due to different slacks here and there.

Funny enough, some that doesn’t trust kingroot uses their app to gain root access and later change kinguser app to superuser (SuperSU). Basically, this is done by entering some codes into Terminal Emulator, but not all are confident enough to try it. A missing line of code might be disastrous and can greatly harm the device.

Today, we will be sharing a one-click app that can perfectly replace Kingroot kinguser with SuperSU superuser without Terminal Emulator or adb command. Super Sume is an android application created by Gatejunior, a developer who erase the need of entering codes and command before kinguser can be swap with superuser. 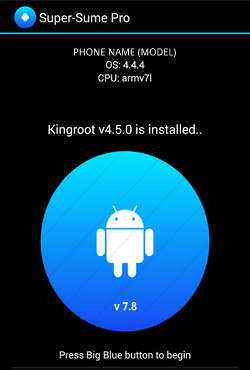 All you need to do is just download and install the app, turn off your device, turn it back on, open it and press the round middle blue button, and you are done. According to him (the developer), Super Sume can replace superuser with kinguser on phones using Kingroot 4.1 and above. This app does what it says, we have tried it out and it worked perfectly. It has earn 4.6/5.0 rating on Google Play.

There have been issues regarding Super Sume not able to fully perform its duty on some device. The developer is well aware of it and has made some changes positively. He has also put a well written guide on its download page on Google Play. Super Sume latest version which is now v 9.1.8 has attended to errors reported in earlier versions and should work seamlessly on most Android device now.

The Pro version of the app is not free, but its price is cheap enough for all to buy. The direct link we provided above when we first published this article contains old version, we suggest you download from the link below which contains a newer version. However, for the developer own interest and to further appreciate his work, we won’t be sharing a direct download link to the latest version. To learn more about it, how it works, and to download latest version of Super Sume Pro, head to Google Play by following this link.

We realize that some people are still finding it difficult to swap Kingroot with SuperSU on their Android using Super Sume because it work on limited device, so we have written a well detailed guide on how you can manually replace it using ES File Explorer file manager on your phone without using any app.

This method is tested and confirmed to work on almost all Android phone. If Super Sume doesn’t work on your device, here is how to manually replace it with SuperSU.