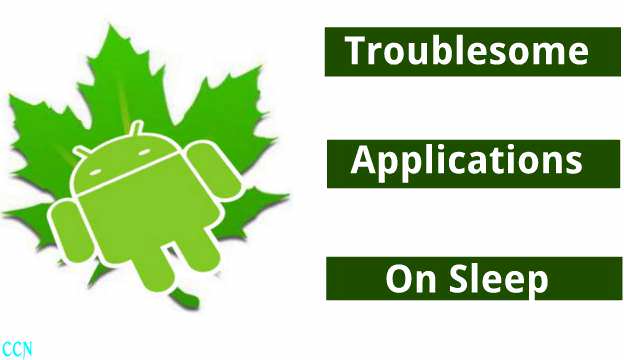 In this article, we’ll be sharing how you can temporarily disable/hibernate system (pre-installed) applications or any third-party applications on smartphones running Android 6.0 Marshmallow without root. This proves useful if you have lots of apps running in background that consumes RAM, thereby slowing down the device. Easing more RAM by temporarily keeping some apps at bay helps boost up the device, optimize its performance and increase its battery life. But before we dive into the core of this article, there are certain things we want you to know.

Getting a good Android smartphone is one task, but managing it is another. While the first task might prove easy or difficult depending on type (or class) of device you are aiming at, the other task that follows is un-avoidable and is the most important aspect that determines the longetivity of the device. In short word, first task relies on second task to bring the good out of it.

Buying a car (we mean “any” car) is easy, but what makes a car a car is not the word car but its components. A car without four wheels is not a car, ofcourse, what makes a car if not its wheels. But having four bad wheels doesn’t really makes a good car. The word “new” ends the moment you stepped out of the store, what remains is “good”. A good Android smartphone has everything to do with how you manage it, the “new” doesn’t really matters. Android is not so complex, it is easy to get along with if you know what you are doing. That’s why it is not suprising seeing a ten years old kid rooting and flashing a custom recovery (yea, i’ve met one).

All Android are good Android (talking about operating system here), even the bad can be turn into good. A good Android means a healthy Android, but to keep the health flowing or to further maximize the flow, some changes needs to be made. Roughly 60% of people who buy a new Android smartphone tends to root it the next day, why? There are some limitations in place. Glad some changes has been made in Android 6.0 Marshmallow that benefits users and gives them more control, one of which is granular app, letting users manually choose permission they want to give a certain app before it is installed. But this doesn’t affect or change the attitude of applications running in background. Moreover, pre-installed apps are not involved, so bloatwares are still free and out of bound in Android 6.0 Marshmallow.

Play Store is one of the top applications that consumes RAM on Android, being a system app makes it untouchable as well. But there are also third-party apps which misuse RAM. Most times, quitting or force closing doesn’t really help and that is where temporarily disabling them or hibernating proves more helpful. Most of these apps are not always unwanted, so it may be hard to uninstall them because you’ll still need them again. Many apps and features for instance relies on Play Store to work, so removing Play Store does drastically affect them which likewise affect your device, but temporarily disabling it doesn’t do much harm. 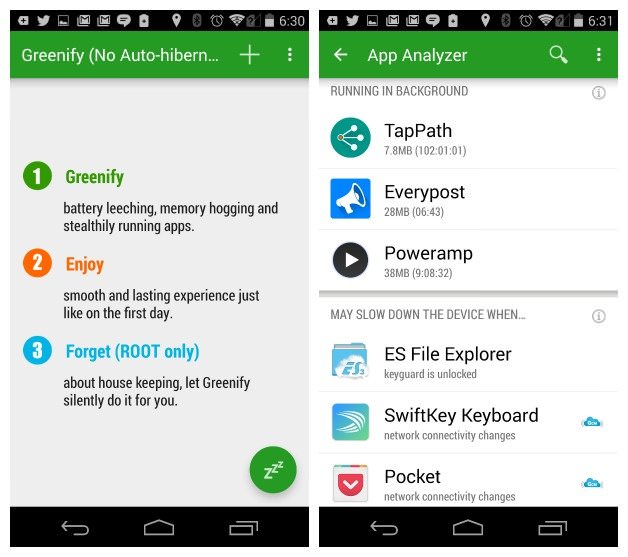 Greenify is an Android app that let users hibernate or temporarily disable any installed app in one click without root. It is one of the applications we consider as most important in having on a smartphone. We’ve once shared how useful Greenify is in freezing and unfreezing apps, but the latest version now brings Android 6.0 Marshmallow supports along. What makes Greenify one of the best out there is it doesn’t need root access to work. It can hibernate both system (or pre-loaded) apps and third-party apps in one click, the new version also brings auto-hibernation onboard, meaning you can specify a time you want a specific app to go offline or set up a limit that triggers hibernation for any app that bypass it. However, root is required for system apps to be hibernated.

To get started, all you need to do is download and install Greenify from here, open app drawer after installation, tap on its icon to launch, and select app you want to quarantine. It is as easy as that.

Presently, only three devices runs Android 6.0 Marshmallow, Google Nexus 5X, Nexus 6P and Pixel C, all of which are expected to go on sale between October and November. Population of devices running Android Marshmallow will grow as time goes on (from 2016 atleast). It is a good thing knowing There is an app out there ready to keep troublesome apps at bay.