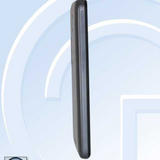 S660 is one of the latest mid-end smartphone recently launched
by Lenovo with quad core and dual-SIM support. It was recently
launched in India and is priced at Rs 13,999 (Around $234). In terms of
specifications, the Lenovo S660 is definitely a mid-range phone. It
has a 4.7 IPS display with a resolution of 960×540 pixels, which
is a shame given the price.These days we have phones with 720p
displays at this range.

The phone is powered by 1.3GHz quad-core MediaTek processor along with
1GB of RAM. The S660 runs on Android 4.2 Jelly out-of-the-box as
its operating system. It is also loaded with Mali 400 GPU. Both the
SIM slots support 3G. Lenovo has provided 8GB of built-in storage
space which is further upgradable to 32GB, thanks to the microSD card
slot onboard.

The phone offers Bluetooth,
Wi-Fi, GPRS, EDGE as connectivity options.
The S660 comes close on the heels of another dual-SIM smartphone from
Lenovo called A526 which is  loaded with 1.3 GHz MT6582M
quad-core processor coupled with 1GB of RAM. It comes fitted with a
5-megapixel rear snapper and a 0.3-megapixel front-facing camera. It
is fuelled by 2000mAh battery.