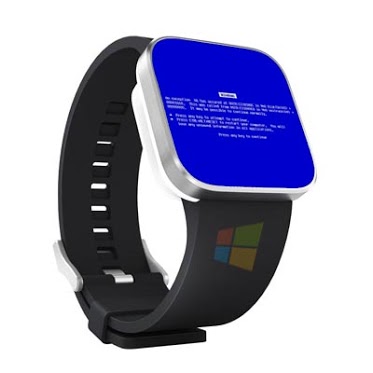 Microsoft is developing a smartwatch jam-packed with sensors that can measure your heart rate and sync with rival smartphones, it’s claimed.

Forbes has reported that Microsoft’s upcoming smartwatch will come from the Xbox Kinect division, and it’ll specifically draw upon the “optical engineering expertise” of that division in order to do things like continuously measure your heart rate for two days and two nights on a single charge.

You also won’t have to switch on the heart-rate monitor like users must do with the Samsung’s Gear Fit – because Microsoft has made it an always-on feature.

Microsoft’s smartwatch is expected to launch this summer and will not only work with Windows Phone devices, but also with iPhones and Android smartphones.

Although it’ll outshine the Gear Fit in terms of heart-rate functionality, it will allegedly look similar to the Gear Fit and feature a “full-color touch screen about the size of half a stick of gum, positioned on the inside of the wearer’s wrist,” according to Forbes.

The display’s odd placement is supposed to give users the ability to privately view notifications. As for those Xbox Kinect optical engineers, they have created a software platform that will help the sensors correlate data and provide accurate health-rate and fitness reads to users. That means, you’ll be able to view smart data about your body, privately, thanks to the watch’s health-geared software and inside-positioned display.

Microsoft to kills Support for Internet Explorer 8, 9 and 10 Starting Today

“Not All Will Receive Windows 10 Update On July 29”, Microsoft Says

Microsoft Windows 10 Features In Details, Here Are What To Expect