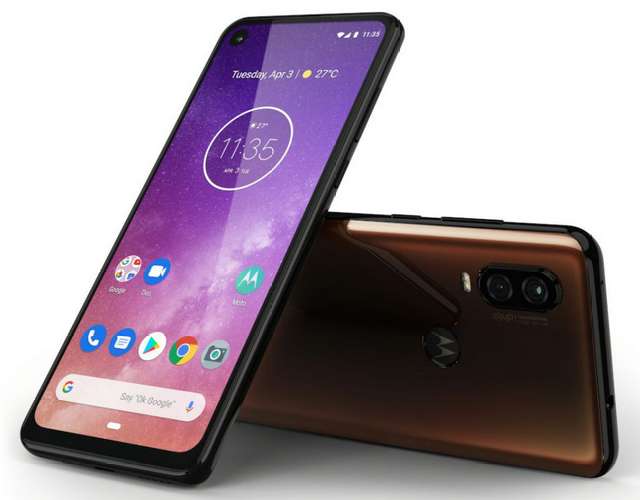 It’s been a while since we heard new phone announcement from Motorola, but the company is breaking the silent with its newly launched “One Vision” smartphone. Announced today in Brazil, the new mid-ranger will be arriving in Europe, Saudi Arabia, and Thailand on May 16th for €300, while it is already available for purchase in Brazil for BRL 1,999. Other markets will get the phone in the coming months.

The One Vision second the Xperia 1 to use a CinemaWide 21:9 screen, and it is Motorola first phone to run Android One software based on Android 9.0 Pie, this means two major OS update and three years security update are guaranteed. Speaking of the screen, it features a 6.3-inch Full HD+ LCD display with a punch-hole at the top left corner, which harbors a 25MP selfie camera.

At the back is a 48MP (f/1.7) camera and a 5MP (f/2.2) depth camera for image capture. The cameras are AI optimized for better shot, these include “Night Vision” for brighter sharper photo in low light. Under the hood is an Exynos 9609 octa-core chipset running at a speed of 2.2GHz, paired with 4GB of RAM and 128GB of storage. The storage is expandable via a MicroSD card.

Motorola iconic circular logo at the back housed the fingerprint sensor, while there is a 3.5mm audio jack at the top and a USB Type-C port at the bottom. The phone drawn its power from a 3,500mAh battery with supports for 15W TurboPower fast charging.

The phone comes in two color options; Blue and Bronze.