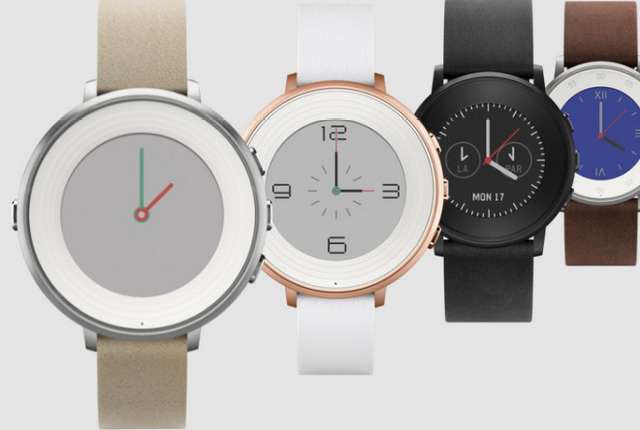 The Kickstarter hero Pebble, today has launched its first round face smartwatch named Pebble Time Round, making it the fourth smartwatch released by the firm since its existence. Pebble got its wing and popularity during its first campaign on Kickstarter back in 2014 which begot its first smartwatch with monochrome display, the Pebble Time, smashing records with its extraordinary battery life. In early 2015, it released the color e-ink display version which was later followed by Time Steel. All of these previous versions have one thing in common, square faces, but the new Time Round has a circular face that distinguish it from the rest.

Pebble does not make use of Android Wear OS as it uses its own proprietary operating system that support both Android and iOS. The new watch comes in a sleek steel body of 7.5mm and weighs 28 grams, which is quite light when compared with previous release. This somehow has a negative side though, Pebble watches are known for their excellent battery life but its new circular watch is short on that as it can only attain only two days battery life.

The smartwatch has a colour E-ink LED Backlit display. Three buttons are placed at its right side that function as Up, Down and Select, while a back button is placed at the left side. It comes with a new timeline features that let users scroll through upcoming and previous events in calenders, emails, notifications and other records. This feature is becoming more popular and it’s not suprising seeing Apple implementing it on its latest WatchOS 2 update released earlier this week.

The Pebble Time Round smartwatch comes in two band sizes, 14mm and 20mm, that can be easily swap with other straps with the same dimension. Disappointingly, it is not waterproof certified, so you can’t swim with it, but it is splashproof (bath ready) with IPX7 rating. The device will be available for pre-orders starting today in the U.S and will start shipping from November. It costs $249 USD.