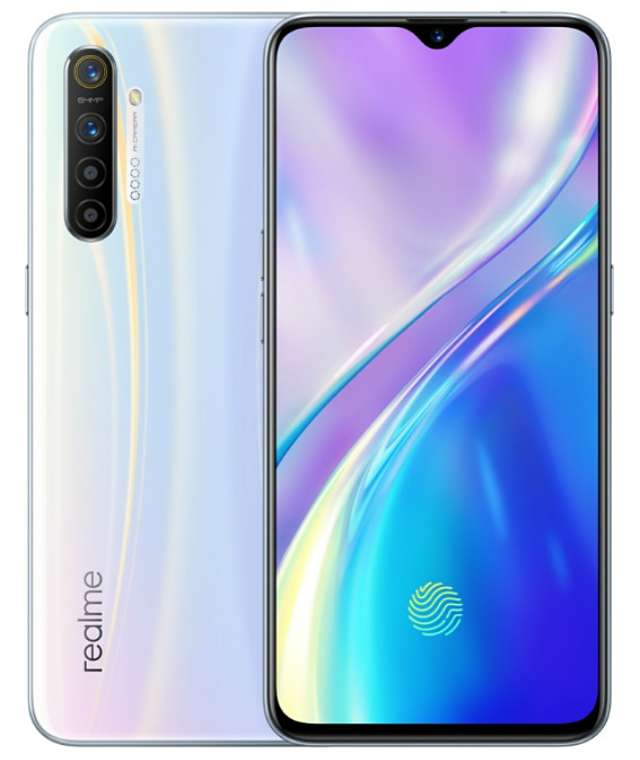 The Realme XT on Friday launched in India, bringing with it Waterdrop Super AMOLED display, Snapdragon 712 10nm mobile chipset, and quad rear-facing camera, among which is a 64MP main sensor (the second smartphone in the world to use it after Redmi Note 8 Pro that launched last month). Realme will be selling the phone from September 16th on Flipkart and Realme eStore. A special iconic case will be sold separately sometime in October.

The phone touts a 6.4-inch Full HD (2340×1080) Super AMOLED display with 500 nits of brightness, protected on front and back by Corning Gorilla Glass 5. The 16MP selfie camera that resides inside the waterdrop notch positioned at the center of the screen uses a Sony IMX471 sensor with a moderately-bright f/2.0 aperture for low light capture, and can also be used to unlock the phone.

At the rear of the Realme XT are four cameras; the primary has a 64MP Samsung GW1 sensor with f/1.8 aperture and 0.8μm pixel size, the secondary is an 8MP ultra-wide angle lens (119°) with an f/2.25 aperture, the tertiary 2MP f/2.4 camera is made to capture the depth of field, while the fourth is a 2MP f/2.4 macro lens for taking close shots. AI scene recognition, Super nightscape, Chrome boost, and Expert mode are some of the pro-camera features that users will have fun playing with when taking pictures.

An in-display fingerprint sensor attends to biometric security, while the softwares are secured by the Android 9.0 Pie based ColorOS 6.0. Speaking of the hardware, as earlier mentioned, the Realme XT is powered by a Snapdragon 712 octa-core chipset clocked at 2.3GHz, clubbed with Adreno 616 GPU. The phone is offered in different variant; the basic version have 4GB RAM and 64GB storage, while the high-end version have 8GB RAM and 128GB storage. The storage is not eMMc but UFS 2.1. Moreover, the storage can be expanded up to 256GB via MicroSD.