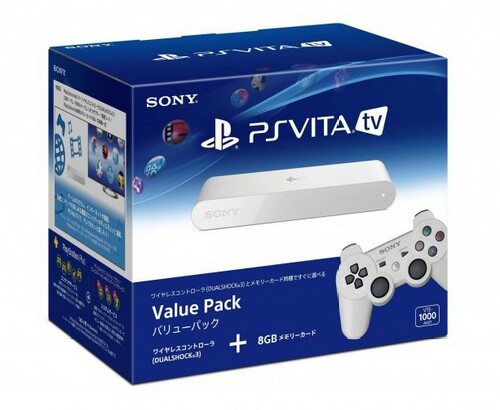 The PS Vita TV, Sony’s effort to turn its Vita handheld into a home console, came out last year in Japan with no hint of an international release. But Sony has just announced at E3 2014 that the system will make its way to North America and Europe, rebranded as PlayStation TV and in a new black finish.

It will be available for $99 alone, or in a $139 bundle with a DualShock 3 controller, an 8GB memory card, an HDMI cable, and a copy of the Lego Moviegame.

The Japanese Vita TV have software and compatibility issues, Sony hasn’t given specifics on whether it will fix these, but it claims that the PlayStation TV will be able to play “most Vita titles” for a total of over 1,000 games, as well as working with PS4 and PlayStation Now streaming.

The set-top-box capabilities are still a question, however; while the Vita TV supported various Japanese video services, Sony hasn’t announced any similar PS TV apps beyond the movies and TV shows available on its own PlayStation Store.