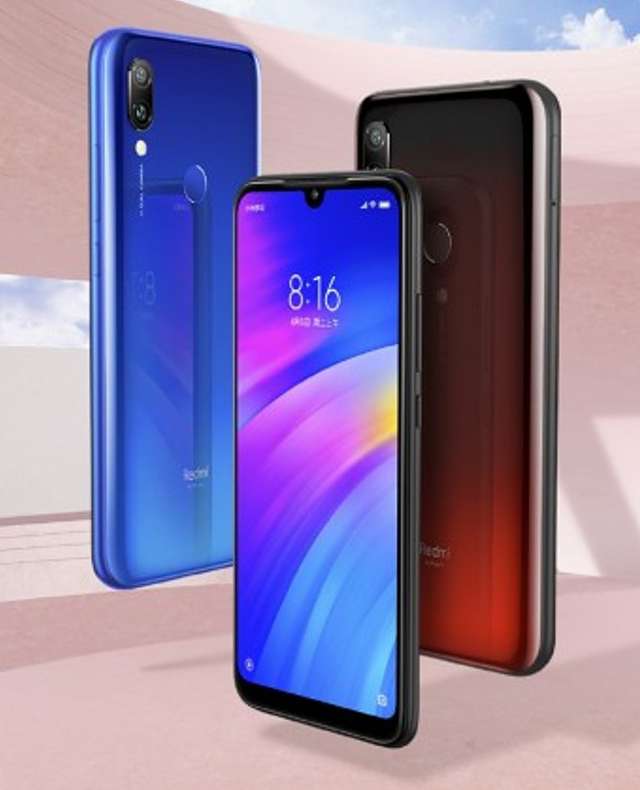 As expected, Xiaomi today have declared the Redmi 7 official in China alongside with the 6GB/128GB version of the Redmi Note 7 Pro that was initially released in India in late February. Unlike the Pro model, the smartphone features a slightly smaller 6.26-inch HD+ (1520×720) 19:9 LCD display, protected by Corning Gorilla Glass 5. The gradient glass back of the phone also has a Gorilla Glass 5 protection.

It has a waterdrop notch that accommodates an 8MP selfie camera, while main photography is handled by dual camera laid on the back – the primary uses uses a generic 12MP f/2.2 sensor and the secondary a 2MP f/2.4 sensor for portrait shots. Below the rear camera is an LED flash and a fingerprint sensor.

The Redmi 7 computing power is provided by Qualcomm Snapdragon 632 14nm octa-core processor clocked at 1.8GHz, clubbed with Adreno 506 GPU. The phone is offered in 2GB/16GB, 3GB/32GB, and 4GB/64GB versions, all sporting MicroSD expansion slots that can accommodate additional 512GB storage.

Moving on, the phone boots Android 9.0 Pie with MIUI 10 on top out-of-the-box. It has a dedicated dual SIM slot with dual 4G VoLTE standby and an IR sensor for remote function. The usual connectivity such as Bluetooth 4.2, WiFi, GPS and GLONASS, including MicroUSB are present, while the whole system relied on a 4000mAh battery for power.

Xiaomi also launched the 6GB RAM/128GB storage version of its Redmi Note 7 Pro smartphone in China, priced at CNY 1599 (US$238). It shared the same specs and design with the standard model and will be available from March 22nd. Learn more about it.