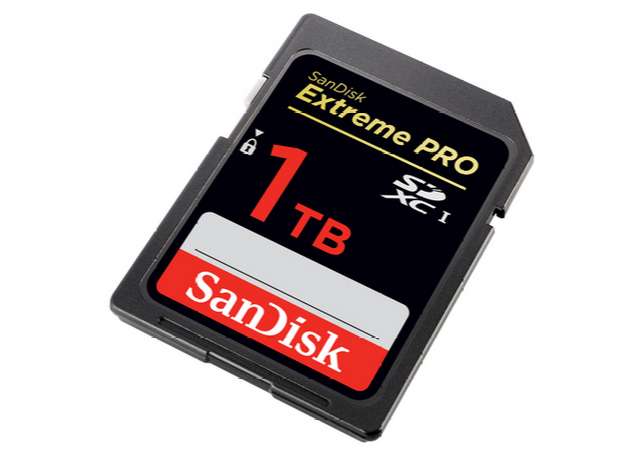 At Photokina, an annual photography show event in the U.K on Tuesday, SanDisk (now belongs to Western Digital) unveiled the world’s first 1-terabyte SDXC memory card. The 1TB Extreme PRO as named, is primarily targeted at media creator, photographers and others alike in maximizing their portfolio without the fear of being restricted due to lack of storage.

Drones, 4K-capable cameras, Virtual Reality devices and surveillance cameras will also find this tiny piece of plastic extremely useful as its name foretold. Though its innard specifications such as read and write speed are yet to be reveal by the firm, all Extreme SDXC cards in SanDisk portfolio are known to be of high quality and premium in terms of performance. We expect nothing less in 1TB version that was announced today.

Its pricing and availability details have not been reveal by SanDisk either, but we can atleast expect the memory card to land on shelves by early 2017.

Sixteen years ago we introduced the first SanDisk 64MB SD card and today we are enabling capacities of 1TB. Over the years our goal has remained the same; continue to innovate and set the pace for the imaging industry. The SanDisk 1TB SD card prototype represents another significant achievement as growth of high-resolution content and capacity-intensive applications such as virtual reality, video surveillance and 360 video, are progressing at astounding rates.