Premier Information and Tech How Tos Online
Home HP 2 Problems You Might Face in Windows 10 Anniversary and How to... 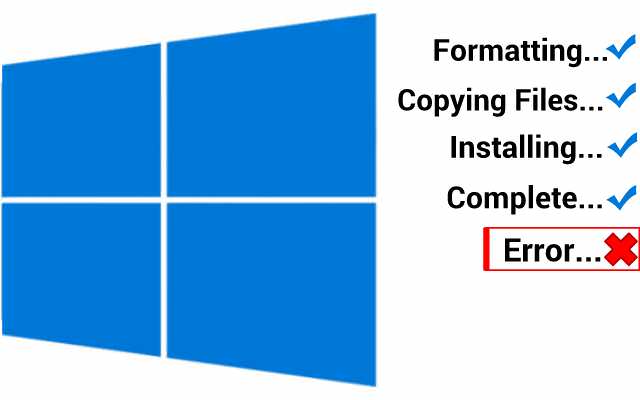 Windows 10 Anniversary is now officially available for everyone to download and install, either as an upgrade or by performing a clean installation. The Anniversary build tends to get more attentions than previous releases mainly because many believed that most compatibility issues have been resolved and this build is more stable and reliable, but then, there are some issues users are likely to encounter after installation “like I did”. To help users who are likely to face the same issues, I am here to share how I overcomed them.

The first problem that users are likely to face is Microsoft .Net Framework error. This problem was detected in previous Windows 10 builds before the Anniversary update was released, and though many thought it has been resolved, it turns out that it hasn’t. I recently upgraded one of my laptop from Windows 7 to Windows 10 Anniversary, and though everything went smoothly without any hiccups after the installation, when it comes to the part of installing some softwares and drivers that required .Net Framework I was faced with errors “despite the fact that .Net Framework is pre-installed on all Windows 10 versions.”

How to solve .Net Framework error in Windows 10 Anniversary:

The easiest way is to manually locate the .Net Framework in the Windows 10 Setup and linked it directly to the missing part of the Windows trail. To do this requires having the Setup file of Windows 10 Anniversary on the PC. The format doesn’t really matter as “.iso” or installation disk will do the job.

If the Windows 10 setup is in iso format, extract the contents to the root directory of your local disk i.e if your hard disk drive name is “C” extract or move it to “C://”, which is where the “Program Files” folder is located. If it is an installation disk, insert the disk into the optical drive.

Then press the enter key.

Here are things you need to note to enable .Net Framework successfully using the windows command above:

i. Make sure you don’t skip the spaces between the slashes in the command. Literally, the command is DISM(space)/Online(space)/Enable-Feature(space)/FeatureName:NetFx3(space)/Source:C:\sources\sxs(space)/All(space)/LimitAccess where the (space) are the space key of your computer keyboard.

2nd Problem: Unable to use Fingerprint on some HP EliteBook Series in Windows 10

This problem only applied to people using “old” HP EliteBook series laptops with fingerprint sensor. These includes EliteBook 6930p, EliteBook 8530p and 8530w, EliteBook 8430p and 8430w, and other series. The Windows program developed by HP that enabled the users of these laptops to use the fingerprint security feature is called HP ProtectTools (now called Client Security), this program however required .Net Framework to be installed before it can work. I have resolved that part above but there is one more thing users of these laptops need to know.

Fixing the .Net Framework issue in Windows 10 allows HP ProtectTools to be fully functional and let users of EliteBook to be able to register their fingerprints for login. However, when upgrading from let say Windows 7 or Windows 8.1 to Windows 10, the registered fingerprints of the user are erased during the process and an option in BIOS is turn of.

How to solve fingerprint not working issue on HP EliteBook:

That’s all. Go back to Windows, launch HP ProtectTools (Client Security) and register your fingerprints.

Still having problem? Let me know by using the comment form below.