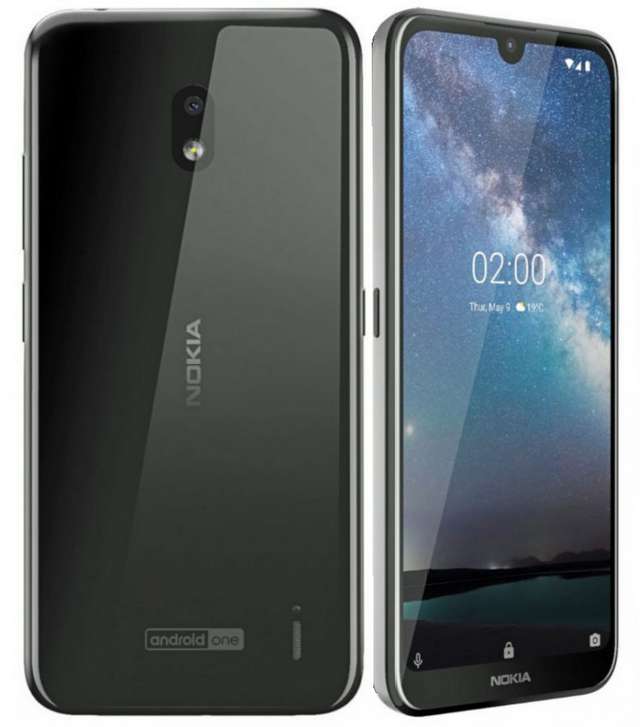 The entry-level Nokia 2.2 today was announced by HMD Global in India, the firm’s latest smartphone. It has a waterdrop notch prop above the display that accommodates a 5MP f/2.2 camera. Speaking of the display, the phone features a  5.71-inch TFT LCD screen that have HD+ (720 x 1520) pixel resolution and 19:9 aspect ratio.

Under the hood is a MediaTek Helio A22 quad-core processor running at a speed of 2.0GHz, clubbed with IMG PowerVR GE-class GPU. There are 2GB of RAM and 16GB of storage onboard with a MicroSD expansion slot supports for an additional 400GB storage. There is a 3GB/32GB model for those who desire more.

The Nokia 2.2 does not have a fingerprint sensor, but it do supports face unlock. Behind the phone resides a 13MP autofocus camera with f/2.2 aperture and 1.12um pixel size, accompanied by a LED flash. Perhaps the most exciting thing about the new Nokia 2.2 is the Android One software (based on Android 9.0 Pie) it runs, which guarantee two major OS update and three years security update.

The Nokia 2.2 2GB/16GB and 3GB/32GB models are priced at Rs 6,999 (US$98) and Rs 7,999 (US$112), respectively. It will be available from June 11th at online and offline stores across India. Color options provided are Tungsten Black and Steel. Changeable Nokia Xpress-on covers in Ice Blue, Forest Green, and Pink Sand colors will also be available.


Update (July 17, 2019)
The Nokia 2.2 was initially launched in India in early June, today, the phone has officially arrive to the U.S market. The major highlight of the device is the Android One software it runs and its NFC supports – it unlike other budget device released by HMD Global in the past. The Nokia 2.2 will be available in the United States starting today on BestBuy.com. It is available for order on Amazon and will ship on July 26th.