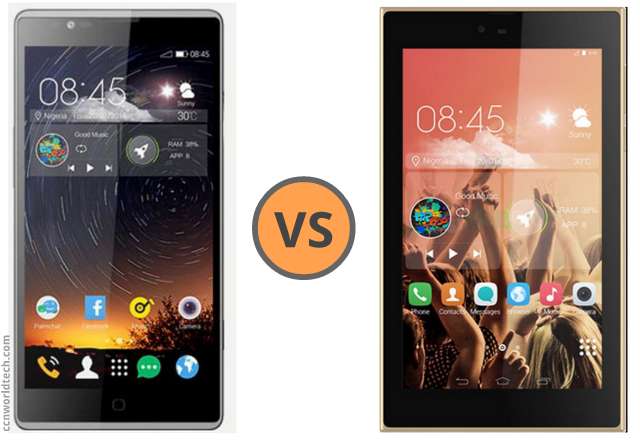 The Camon C8 will be the third Android device launched by Tecno Mobile to run Lollipop out-of-the-box after Droipad 7C that was launched in June. But is there any improvement afterall? What makes Camon C8 a better option over Droipad 7? Which should you go for? We’ll be answering these questions when comparing and highlighting both advantages and disadvantages of Camon C8 and Droipad 7 a.k.a Tecno 7C. But do have it at the back of your mind that the Droipad 7 is a tablet while Camon C8 is a smartphone.

Note: The first has a small screen size when compared with the later, but its resolution is more enhanced. In this aspect, you’ll get a clearer, sharper display on Camon C8 than on Droidpad 7.

Note: Though both has the same MediaTek processor and clock speed, Camon C8 chipset architecture is of 4-core which is more powerful than 2-core on Droidpad 7. In general, the first is more faster than the later.

Note: The gap is wide enough for anyone to see. In photography, Droipad 7C is a toy compared to Camon C8.

Note: That awkward moment when you want to download Fifa 2014 with a data size of 1.7GB then you remember you only have less than 1.5GB available on your phone. The truth is, not everyone will buy a 32GB Memory Card to their phone. Camon C8 storage is sufficient enough even if you use 8GB Memory Card along with it, but is that enough with Droipad 7C?

Note: As always, nothing changes here. But it is disappointing that none support OTG.

Note: Both houses the same capacity but there is a slight chance that the Tecno Droidpad 7C battery will last longer than Camon C8, due its low processing unit. The amount of power required for quad-core is incomparable with dual-core.

Unfortunately, we are yet to know the exact price Tecno Camon C8 will cost, but we definitely know it will be costlier than Tecno 7C. If all you fancy is watching movies, listening to radio, browsing, reading, then Tecno 7C is more than enough to cater for you needs, but if you’re the type that likes playing games, taking pictures, selfies, doing graphics editing e.t.c then you’ll probably want to go for Camon C8. Whatever your choice is, don’t forget their battery life.