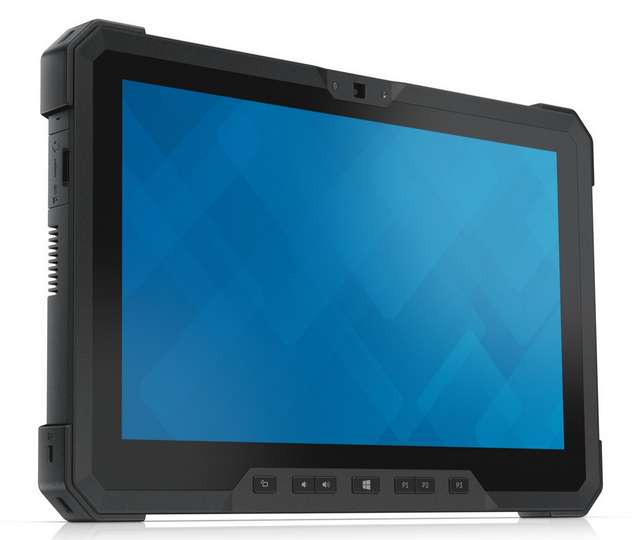 Panasonic has maintained its integrity over the years and is highly recognized when it comes to making rugged convertible laptop device and workstation, occupying and taking the niche as their speciality. But another firm who had existed long enough to tell the tales of how new firms are born out of grassroot, Dell, has taking a step and has venture into this same stronghold of Panasonic kingdom with the launch of its new convertible laptop/tablet hybrid device called Latitude 12 Rugged Tablet.

As with other rugged device you may already familiar with, the Latitude 12 Rugged Tablet is built to survive in extreme conditions where the ordinary wouldn’t dare head to. First of all, it is IP-65 certified, meaning, it can resist water and dust in all environment. QuadCool thermal control inside regulate temperature and pressure of panels and boards inside to keep it working in extreme cold and hot environment. Also, its 11.6-inch 720p touchscreen is made to be clearly visible outdoor and will readily respond when operated with gloved fingers.

The device comes with a full-size keyboard that can be attach to use it as a laptop. An Intel Core M powered it on the inside, but the Windows version it comes pre-installed with was not revealed, though we’re speculating Windows 10. The Dell Latitude 12 Rugged Tablet includes a 512GB SSD (Solid State Drive) storage and has Wifi 801.11ac connectivity onboard. It is expected to launch in the U.S at end of July at a starting price of $3,500 USD.