Premier Information and Tech How Tos Online
Home Android How To Root Android Lollipop Phones (5.0,5.1) In One Click Without PC 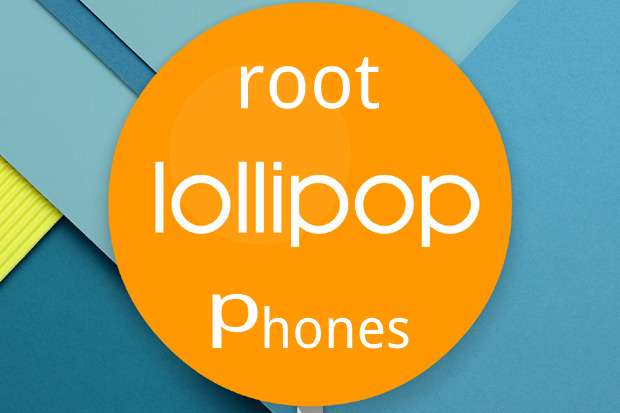 Rooting is what first comes to our mind after buying a new Android phone, which ofcourse is kind of necessary for many. Default settings including personalization and customization that comes with the device may not be satisfying and configurable (or tweakable) due to restrictions set by manufacturers, and that’s where ROOT proves to be more important.

I asked myself, why do people strive so hard and takes too much risk just to root their Android phones when Google is indeed working hard to meet the requirement of the people? The answer that came to my mind was because people want something different, you can’t expect them to stick with one setting, one interface, one menu, one icon, one notification bar for a lifetime. They want something new because as time goes on the new becomes old and everything looks like shit. It’s like wearing same cloth everyday.

Another reason is because some people (like I) don’t like to be limited, they want freedom to do whatever they want and you can’t get that without ROOT. Also, Android phone can be further enhanced which includes increasing battery life, using custom ROMs and recovery, and deleting bloatwares that ain’t needed, but all of these also requires ROOT. However, things are not getting easier with each update release. While rooting previous Android versions (Froyo, Gingerbread, Ice Cream Sandwich, Jelly Bean, KitKat) are now as easy as cutting a cake with a knife, the newly released Android version which is Android 5.0, Android 5.1 Lollipop put a stunning face to ROOT.

There is no general method for rooting Android Lollipop device since its existence and that’s not putting smile on many peoples face. However, we have a good news to announce for Android users around the world. A Chinese team (more like a firm) known as Kingroot has released a new revolutionary one click root apps that works on almost all Android 5.0 Lollipop and Android 5.1 Lollipop smartphones, an upgrade version of their previous release which is Kingroot 4.1.

Must Read: 5 Apps You Need To Have After Rooting Your Android Phone

It comes in two versions, PC version and Mobile version. The PC version requires PC while the mobile version can do all the rooting in one click on mobile phone without PC. As known with, Kingroot is straightforward and easy to use. Another good news is that Kingroot team has released an english version which makes it easier to understand.

To get started, simply download Kingroot 4.1 english version and install. Enable internet connection, open it and press the root button to activate the rooting process which shouldn’t take more than 4 mins, nothing is as easy as that. The team noted that mobile version may not support some Android device, if the mobile version doesn’t works for you then try Kingroot PC version.

Kingroot is confirmed to be working with smartphones running Android 2.3 to Android 5.1 including the ones mentioned above, just give it a try. You can learn more about Kingroot and device supported on their page on XDA. Find this post helpful? Don’t forget to click the share button.

We realize that not all really likes kinguser in giving root permission on their rooted Android device as some consider it “untrustworthy”. Also, some third-party applications doesn’t works with Kinguser because their script strictly requires Superuser to work.

We have written a detailed article that explains how users can easily replace Kingroot kinguser with SuperSU superuser in one click without PC or manually entering codes. To get started, simply follow this procedures on how to replace kinguser with superuser.