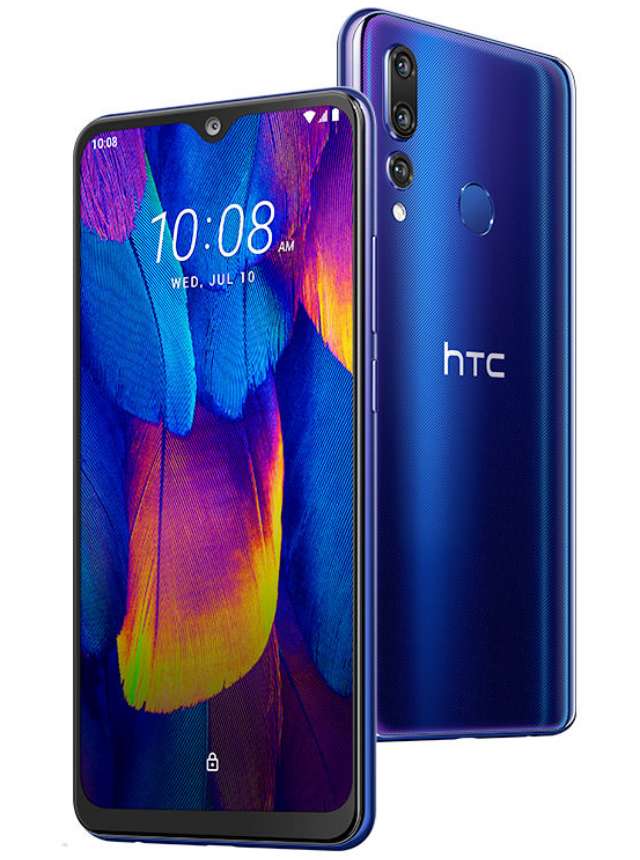 It’s been a while since HTC make an announcement about a new phone. In fact, the firm had only introduced two smartphones this year so far. HTC hoped to turn the tide with its latest release in India called Wildfire X. The mantra here is “If you can’t beat them join them”, but why not, if its survival depends on it.

The new HTC phone falls in the lower mid-range segment in terms of specifications. It features a 6.22-inch IPS display with HD+ (1520×720) resolution that has a waterdrop notch. The display has a 19:9 aspect ratio and the overall screen-to-body ratio is 88.8%. Powering the Wildfire X is a MediaTek Helio P22 octa-core chipset clocked at 2.0GHz, paired with 3GB RAM and 32GB storage.

There is a 4GB RAM version with 128GB storage for those that desire more. A MicroSD slot is present to further expand the storage up to 256GB, but the slot shared the same space with the secondary SIM card slot. In optics, the Wildfire X sports triple rear camera – the main camera has a 12MP sensor with an 1.25um pixel size, the secondary is an 8MP telephoto lens for optical (2x) and hybrid (8x) zoom, while the tertiary is a 5MP depth camera for portraits shot. These are accompanied by a LED flash.

At the front resides an 8MP selfie camera with an 86-degree field of view (FoV). There is a fingerprint reader at the back for biometric security, while USB Type-C port and 3.5mm audio jack are located at the bottom. Other connectivity that the Wildfire X boasts of are Bluetooth 4.2, WiFi 802.11ac, Dual 4G VoLTE, 3G, 2G, and GPS. It measures 156.7×74.94×7.95mm, weighs 172 grams, and is backed by a 3300mAh non-removable battery with supports for 10W fast charging.

The device rear has a 3D OPVD mirror finnish with optical patterns that glimmers in light, themed in Sapphire Blue colors. The 3GB/32GB version is priced at Rs 9,999 (US$140), while the 4GB/128GB version has a heftier price tag of Rs 12,999 (US$182). Flipkart will be selling the Wildfire X in India from August 22nd.