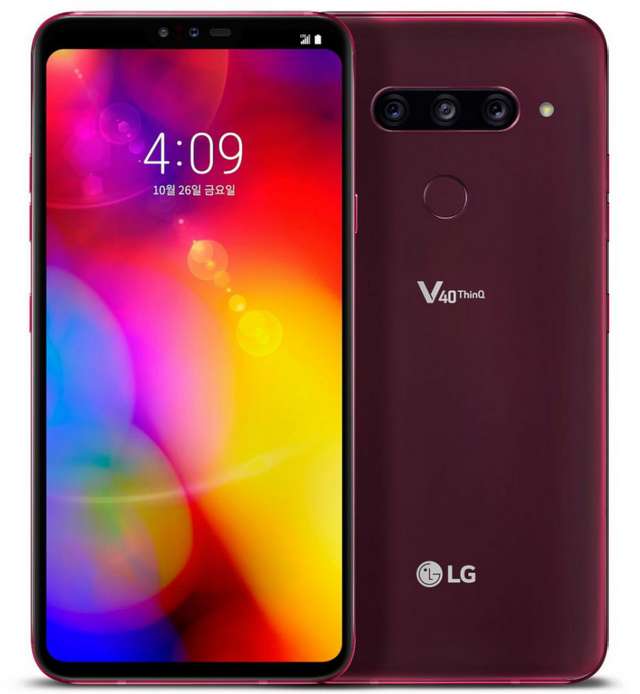 LG has made official its latest flagship in the “V” series, the V40 ThinQ, The phone takes the V35 ThinQ further with the introduction of a new camera system and a larger and crisper display. The display is taller at 6.4-inch, and once again LG is using a QHD OLED panel with improved color accuracy.

Perhaps the most intriguing specs of the V40 ThinQ is its triple rear camera; which is consists of a 16MP Super Wide sensor, a 12MP sensor, and a 16MP telephoto sensor. The camera are embedded with various AI features including Triple Shot, AI Auto White Balance, AI Shutter, Cine Shot, Makeup Pro, My Avatar, 3D Light Effect, and My Backdrop.

Residing at the front is 8MP+5MP dual camera; the former has a standard lens and the later a wide angle lens. Other specs of the V40 ThinQ is the same as the V35 ThinQ – it packed a Snapdragon 845 chipset with 6GB of RAM coupled along, is water and dust proof certified with IP68 rating, earned MIL STD 810G for durability, and is powered by a 3300mAh battery.