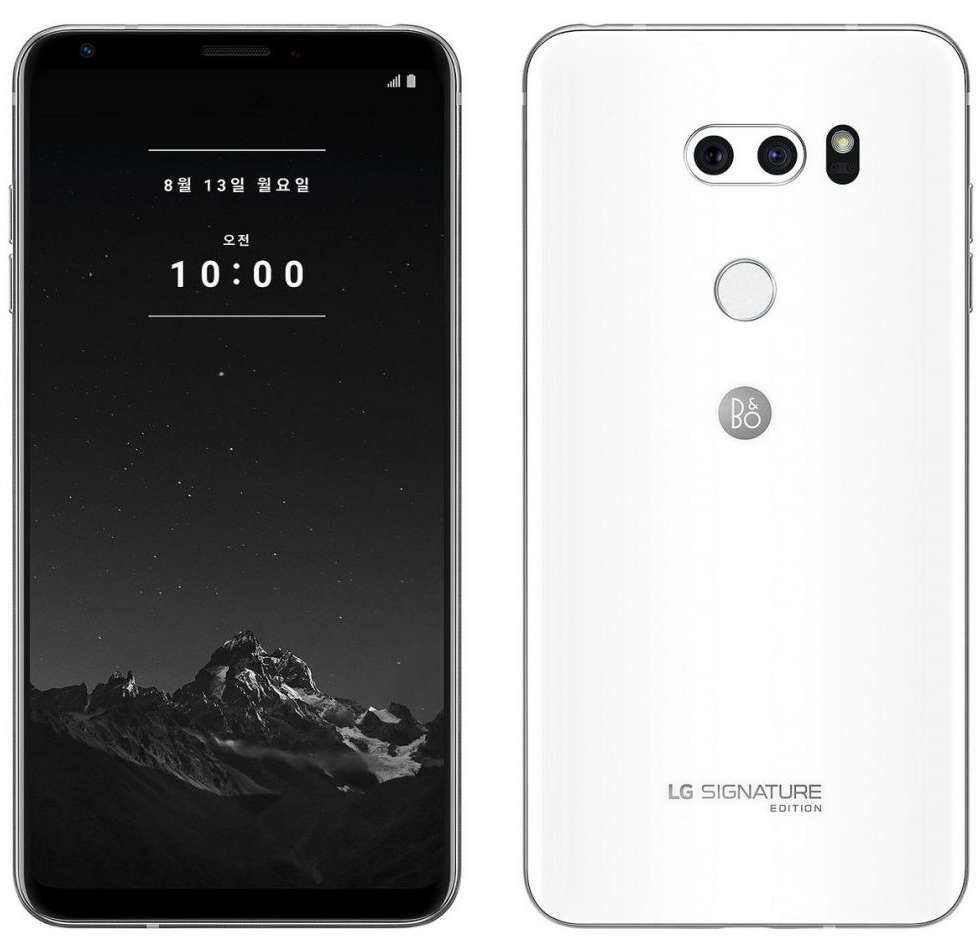 One of the major highlight of the Signature Edition (2018) is the Zirconium metal the phone is made of, which is highly resistant to scratch and has a durable strength. The rear of the device is also made of ceramic, adding to the smooth premium feel.

Perhaps, what is most surprising is that LG is giving interested customers the opportunity to engrave their name at the back of the phone as a customization offer. And lastly, the Signature Edition (2018) comes with twice as much as storage found on the V35 ThinQ plus version, a total of 256GB. A MicroSD slot is provided to further expand the storage up to 2TB.

According to LG, only 300 units will be made, so only the fastest will get it first.

Besides these changes other specs remains the same.

The phone comes in Black and White color options. It is available for pre-order from today for KRW 1,999,800 ($1,790) in Korea and will shipped from August 13th. A free Bang & Olufsen (B&O) headphones is included in the package.