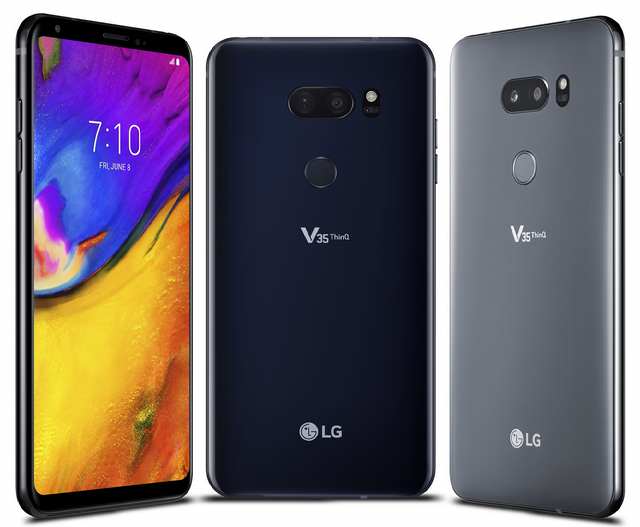 The V30 got a ThinQ functionality few weeks back and LG even launched a variety of the smartphone with ThinQ branding at MWC in March, but it seems to be the company have more in store to push out before this year runs out. Today, we are witnessing the birth of another V series smartphone as LG announced V35 ThinQ for the consumer market.

There are five major upgrades that separate the new V35 ThinQ from the last year V30. Firstly, the most notable is the inclusion of Qualcomm Snapdragon 845 mobile processor, which is faster and more efficient than Snapdragon 835 that powered the former. Secondly, the secondary rear camera has been upgraded from 13MP to 16MP (borrowed from the recent G7 ThinQ) and it now boasts of a Super Wide Angle lens that minimized edge distortion and produce more natural color. The front camera has also been upgraded from 5MP to 8MP.

Thirdly, the camera software is embedded with Google Lens, which let users get information about objects such as trees, plants, animals e.t.c by pointing their camera to the object. Google Lens is also added as a feature in Google Assistant and Google Photos, apart from the camera.

Fourthly, also borrowed from the G7 ThinQ is Super Far Field Voice Recognition (SFFVR) which utilize the phone microphones to recognize voice input/command from a distance as far as five meters away. The technology also eliminate background noise and enable users to communicate with Google Assistant in a noisy environment. It is also worth mentioning that the new LG V35 ThinQ supports HiFi Quad DAC as its predecessor, but in addition, this also supports DTS:X that can produce 7.1 channel audio 3D virtual surround sound for immersive listening experience.

The V35 ThinQ will first go on sale in North America and Latin America from June and from there will roll out to EMEA (Europe, Middle East, and Africa) regions. It will be available in the United States on AT&T for $900 off-contract or $30 per month on 2.5 years contract, starting from June 1st.