Premier Information and Tech How Tos Online
Home Mobile Marshall London Is Here To Take Away The Noise And Give You... 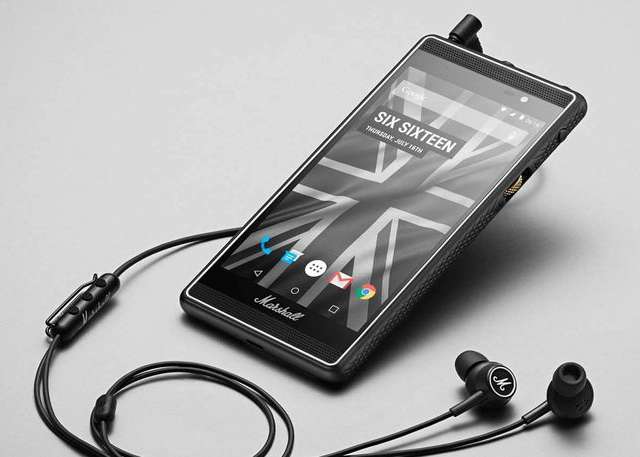 Smartphone is a generic name that applies to any portable handheld device that has the ability to receive/make calls, receive/send text messages, and able to send/receive packet data while offering other pre-loaded functions such as music player, video player, and games, with multitasking normallizing the whole processes at the same time. Our definition is generic as it is the basic that defines what a smartphone is, but what if a known headphones  manufacturing company jumps right in and is asked to make its own definition, you wouldn’t want to guess what it will be.

Marshall Headphone, a firm well known for quaility when it comes to headphones making has join the smartphone race with the launch of its first Android smartphone, the Marshall London. Unlike other Android device you may have seen, the build and design of Marshall London is quite distinguishable from the rest. It primarily aimed at giving out the best when it comes to music, sound and audio quality, ofcourse, what do you expect from such company. 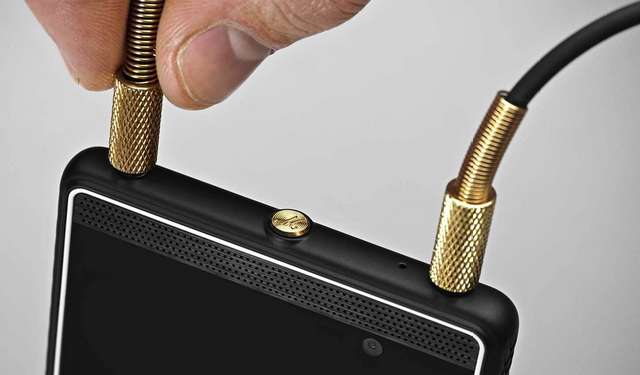 First of all, you get two stereo headphone jacks instead of one normally seen on other device, which can be use at the same time. Meaning, two person can listen to music or watch video together without sharing the same earplug. Each headphone jack also as its own volume control, the first person can loud his without interfering the volume of the other person. There is a volume scroll wheel at the right side that gives instant access to volume control even when the screen is off, you tune it up to reduce and down to increase.

At the upper front and bottom of the display are two stereo speakers with maximum sound output for enjoying music at noisy or crowded area. The Marshall London has a dedicated M button for quick access to music library even when running other applications. And the last but not the least is global equalizer preset onboard, which is customizable. Selecting a specific preset changes the audio tune of all programs running on the phone including third-party apps. Marshall London comes with a dedicated Wolfson WM8281 Audio Hub that enriches audio rendering for quality output.

Now to normal specifications, the device features a 4.7-inch display with an HD (720×1280) resolution, protected by Corning Gorilla Glass 3. It is powered by a 64-bit Qualcomm Snapdragon 410 processor clocked at 1.2GHz alongside with 2GB of RAM. It runs Android 5.0.2 Lollipop out-of-the-box, which is customized by the firm music apps.

The Marshall London houses an 8-megapixel autofocus camera with LED flash at the rear, while there is a 2-megapixel camera at the front. It includes a 16GB of built-in storage that is expandable via MicroSD card and offer Bluetooth 4.1 (with BLE, aptX), Wifi, 4G LTE, 3G, 2G, GPS, and Micro-USB as connectivity options. A 2500mAh battery turn it on.

Marshall London will first tread the streets of London, France, Italy, Germany, Spain, Belgium, Netherlands, Switzerland, Scandinavia and Baltic State before it reaches other regions. The phone is available for pre-orders at SEK 4,995 ($540) on the firm website.