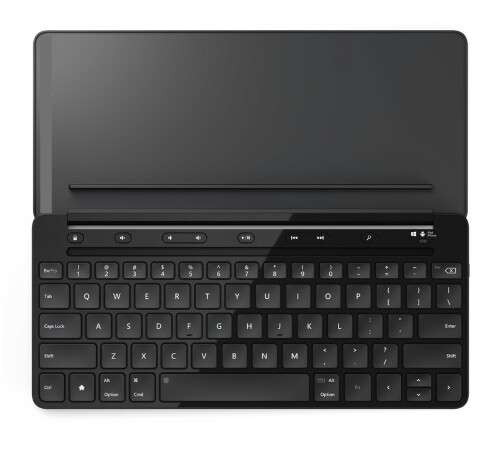 According to the listing which was revealed by TheVerge, the device does not support Windows Phone OS (now Windows 10 Mobile).

The Keyboard comes with a rechargeable battery, which the firm claims can last up to six months in a single charge. It features a dedicated “Home” key, the likes of which is seen on Android phones, and a “CMD” key.

The Universal Keyboard supports bluetooth connectivity and it also comes with a protective cover that can automatically turn on the bluetooth when opened and turn off when closed.

It is expected to launch during the September 30 event.