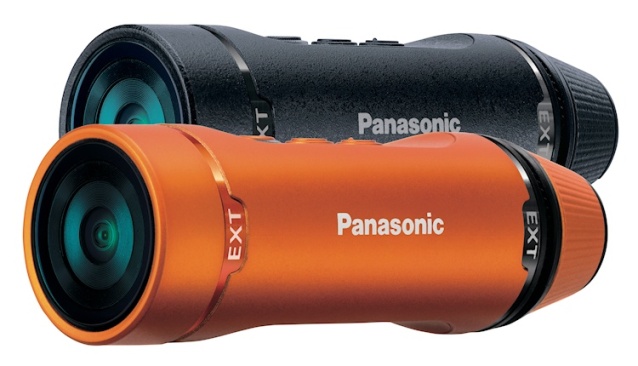 Described as a “wearable, ultra-compact, POV action camcorder,” the HX-A1 weighs just 45 grams and can capture full HD footage. It is also water-, dust-, and freeze-resistant. The idea is that you’ll strap it on your body before rafting or snowboarding just to shoot unique perspectives.

It even works in the dark “Using an IR light source (commercially-available) and an IR filter for night mode (included in packaging), you can capture video in caves with no light or nocturnal wildlife at night,” explained Panasonic.

Other specs include built-in Wi-Fi and “Wireless Twin Camera”. That latter feature works like this: when using Wi-Fi, the action camcorder combines its footage with footage from the Panasonic W970 and W870 camcorders and presents it in a “sub-window”, allowing more than one stream or angle to display simultaneously.

Panasonic’s new action camera, which can record 60fps at 1280×720 pixels or 120fps at 848×480 pixels, also promise to capture every detail and further features a slow-motion option as well as a loop recording option. The A1 will be available on Panasonic’s website and some retailers and fits a range of accessories, including mounts, extended batteries, strap adapters, etc.

There’s no word yet on pricing or a release date.