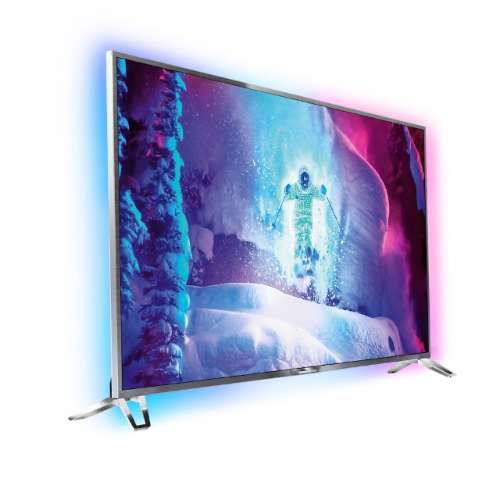 Philips has unveiled its new 4K Ultra HD TV, the Philips 65PUS9809. The TV is the first by the european brand to run on Android.

The Philips 65PUS9809 features a 65-inch screen and boasts of a 4K UHD resolution, it operates on the “Perfect Pixel Ultra HD” engine for optimal image quality. It also features a four-sided Ambilight tech, which light up all sides of the screen with an ambient glow that replicate the colours on the main screen.

The 65PUS9809 runs purely on Google Android OS and comes with Google Play Store pre-installed – this give users access to unlimited apps and games available in the Play Store. There is also Philips Smart TV feature onboard.

The Philips new Android TV also packs an inbuilt digital audio surround sound system with wireless subwoofer that brings out the beat potential, which goes along moderately with acoustic-enhanced packed with the surround sounds system.

Currently, there is no specific release date and pricing details, but the TV is expected to be available starting from Q3 2014.