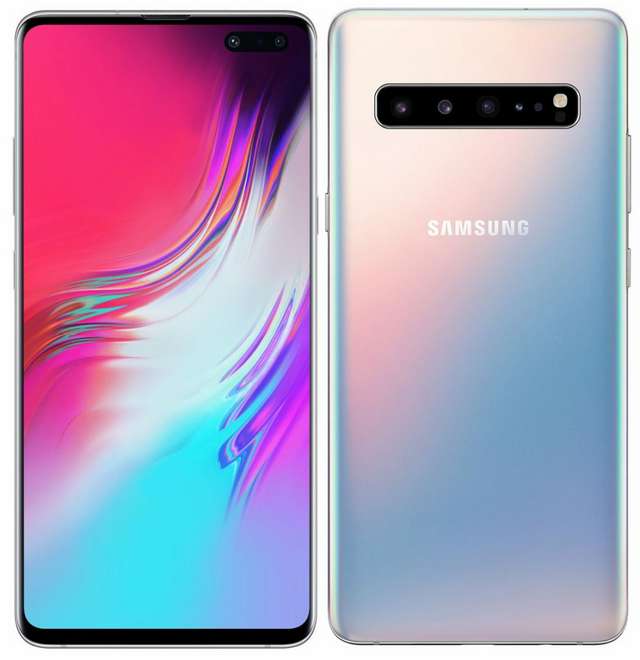 Samsung at its Unpacked event introduced the new Galaxy S10 series, at the event, the company also launched a 5G model of the Galaxy S10 with a larger display and a more substantial battery.

The Galaxy S10 5G as its name implies is Samsung’s first 5G-enabled smartphone. It packed a Snapdragon 855 chipset and there is also an Exynos 9820 model, these come baked-in with Qualcomm’s Snapdragon X50 modem for multi-gigabit 5G connectivity that support both Sub-6GHz and mmWave frequency bands.

The device specs are identical with the Galaxy S10+, but there are few features that they do not share. At first sight, the S10 5G is noticeably bigger and its screen is taller, we are talking about a 6.7-inch Dynamic AMOLED Infinity O display – that is 0.3-inch more than what the S10+ packed. The resolution still remains QHD+, however.

Since the phone will draw more power considering its 5G connectivity, it makes sense if it comes with a bigger battery. Samsung seemed to agree with that because the S10 5G battery is the biggest of them all; housed under the Gorilla Glass back is a 4,500mAh battery with 25W Super Fast Charging and wireless charging. Wireless PowerShare even let you use the battery to charge other wireless charging enabled devices.

Unfortunately, It comes in 8GB/512GB version only without external storage support. But this is compensated for in the camera compartment. In addition to the triple rear camera and dual front camera, the S10 5G also have 3D ToF (Time of flight) camera at the front and back for capturing 3D images and for Video Live Focus. In total, the phone have four cameras at the back and three cameras at the front.

Other specs go in rhythm with the Galaxy S10+. Check out its complete specs below:

The Galaxy S10 5G will arrive in the first half of 2019 in the United States on Verizon Wireless and from there will head to other popular network carriers in the region, including AT&T, Sprint, Spectrum Mobile, and T-Mobile. Samsung also revealed it has partnered with mobile network providers in Europe and the United Kingdom including Orange, Vodafone, Deutsche Telekom, Swisscom, and Telefonica, to bring the smartphone this Summer to the aforementioned regions.

The phone will be available for purchase in three different colors, Magestic Black, Royal Gold, and Crown Silver. Availability for other markets remain undisclosed.