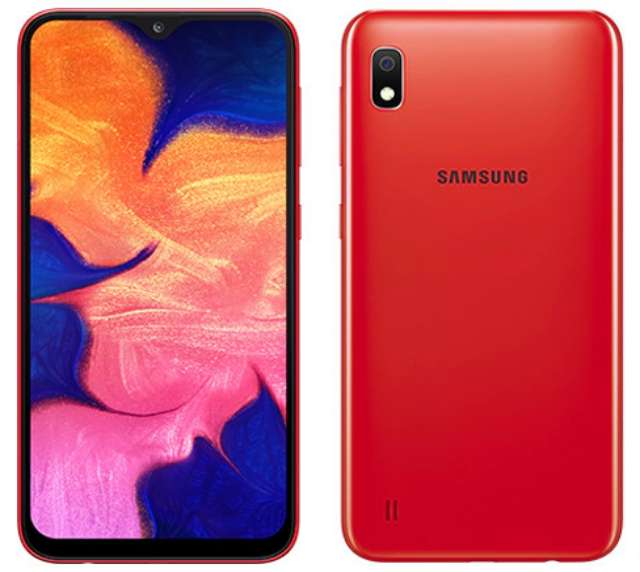 Entry-level Galaxy A10 smartphone today was introduced by Samsung in India alongside with the Galaxy A50 and A30. It has a 6.2-inch Infinity-V display with HD+ (1520×720) resolution and an aspect ratio of 19:9. Powering the device is an Exynos 7884 octa-core chipset running at a speed of 1.35GHz, paired with 2GB of RAM and 32GB of storage.

The storage is further expandable up to 512GB via MicroSD card. The Galaxy A10 sports a 13-megapixel rear-facing camera with an f/1.9 aperture and a LED flash, while it housed a 5MP front camera with an f/2.2 aperture. Although the phone lacked a fingerprint sensor, it supports face unlock through its front camera.

The Galaxy A10 wears a price tag of Rs 8,490 ($119). It will be sold through online and offline channels across India starting from March 2nd. Buyers will be able to chose between Red, Blue and Black colors.