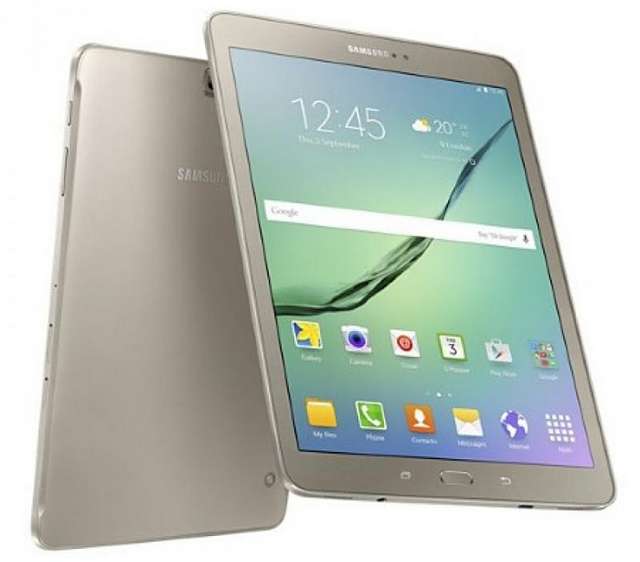 Samsung today unleashed a new masterpiece under its Galaxy Tab series, the Galaxy Tab S2. This is an upgraded version and the successor of Galaxy Tab S that was launched in June last year. The tablet comes in two screen variants, 8-inch version and 9.7-inch version, while these also comes in 4G LTE and Wifi-only variants as well. The device will start shipping from August, however, its pricing details is yet to surface.

The Samsung Galaxy Tab S2 8.0, which is the 8-inch version, and Galaxy Tab S2 9.7 the 9.7-inch version, both sports identical specifications besides the difference in their screen size. Both featured QXGA (2048×1536 pixel) Super AMOLED display with 4:3 aspect ratio. The tablets comes in sleek premium body encompassed in an aluminium frame with a thickness of 5.6mm – this is 1.0mm thinner than the Galaxy Tab S.

Under the hood, the Galaxy Tab S2 is powered by a 64-bit octa-core Exynos 5433 processor with a clock speed of 1.9GHz, coupled with 3GB of LPDDR3 RAM and Mali-T760MP6 GPU. There is a 64GB of built-in storage onboard that is further expandable via MicroSD card (up to 128GB).

Beneath the physical home button at the front is a Fingerprint scanner for smart security and authentication. The device runs Android 5.0 Lollipop OS out-of-the-box. In camera aspect, the Galaxy Tab S2 sports an 8-megapixel autofocus camera without LED flash, while it bears a 2.1-megapixel camera at the front for video chatting. Connectivity options included are 4G LTE/3G HSPA+ (LTE variant), Wifi 802.11 a/b/g/n/ac, Wifi Direct, Bluetooth 4.1, GPS/A-GPS, and GLONASS. The 8-inch version is backed by a 4,000mAh battery, while the 9.7-inch includes a 5,870mAh battery.