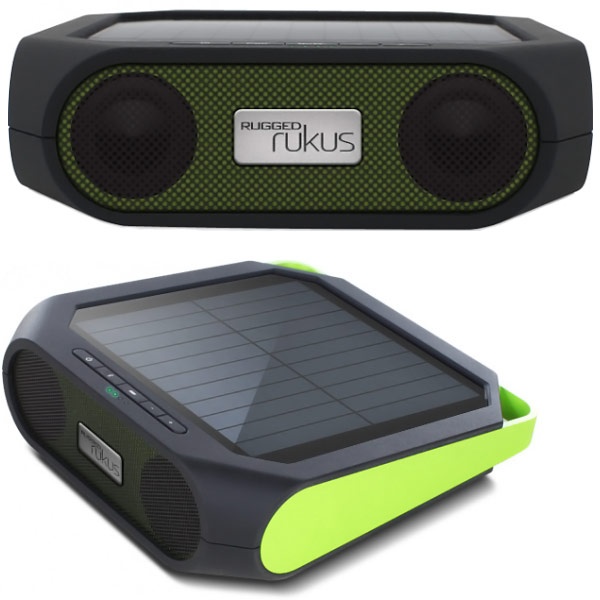 The speaker is mainly enhanced for outdoors use and offers IPX-4 splash proofing, it has a tough strong body which makes it capable of surviving a one metre fall, according to the company.
It comes with an internal battery, rated to give an eight hours of playback time during night hours.

This is a very good concept because you won’t have to bother of not being able to use it when the sun set, the inner battery will take care of that.

There is a USB port onboard that can be used to charge your portable handheld gadgets such Bluetooth Headset, MP3 Players e.t.c. The Rugged Rukus offers two full range speaker drivers alongside with built-in loops so you can hook it up to a backpack.

We could have asked for an alternative means of powering the Bluetooth speaker, not all weathers are sunny, and it might be less useful during the raining season, but we couldn’t ask for more at such a low price. The speaker is available in two colours – black and green, and it only cost £90.