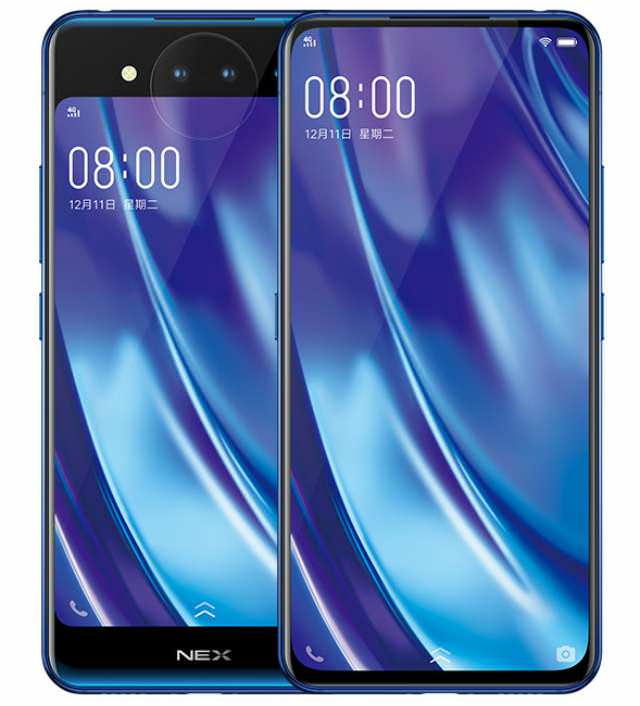 The race for a complete bezel-less smartphone with a 100% screen-to-body ratio is no where coming to an end even as 2018 is drawing to an end, as manufacturers seek various alternatives to curb the bezel and enlarge the screen estate on mobile phone. The first generation NEX models used a slider design to achieve an impressive screen-to-body ratio, but the newly unveiled Dual Screen model goes for something else.

The Vivo NEX Dual Screen as its naming implied have two Super AMOLED screens, one at the front and the other at the back, both featuring Full HD resolution despite their difference in size. The front display is taller and so is its aspect ratio, which is 19.5:9; the rear display, however, settled for the traditional 16:9 aspect ratio. The displays work irrespective of each other.

As previously mentioned, the phone comes with triple rear-facing camera; the main camera has a 12MP Sony IMX363 sensor with an f/1.79 aperture, the secondary is a 2MP Night Vision camera with an f/1.8 aperture, while the third is a 3D TOF camera. Since there is no camera at the front, the rear cameras are used for selfie and for face unlock with the rear display acting as the preview screen.

Vivo said the camera facial recognition works completely in the dark, thanks to the Night Vision and TOF cameras. In addition to the dual tone LED flash that accompanied the cameras, there is also a customizable circular 16 RGB lights that encompass the camera that can be used as notification light or for other purpose. Vivo also claimed the 3D TOF camera used for the face unlock solution can be used for secured payment.

The phone is driven by a Snapdragon 845 octa-core chipset, coupled with 10GB of RAM and 128GB of internal storage. It runs Android 9.0 Pie based FunTouch OS, sports in-display fingerprint sensor, and is powered by a 3500mAh battery with 22.5W fast charging – quite smaller when compared with the previous models. The 3.5mm audio jack still lives though.